All Transformers games, comics and toys will be unified in one story 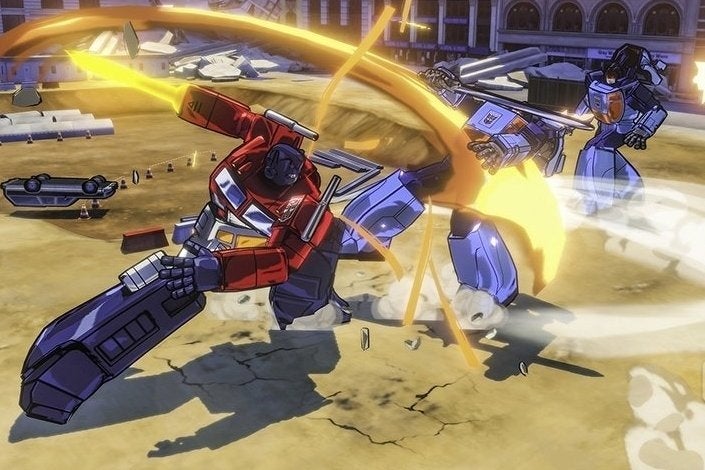 Various Transformers media – including video games, comics and toys – will be unified to tell the same story over the next three to four years.

As reported by The Hollywood Reporterthe next few years of Transformers media will be unified into a single canon telling the Prime Wars trilogy.

Currently, the franchise is in its first stage of this trilogy with The Combiner Wars and Transformers: Devastation is supposed to be a prequel to this saga.

“Activision’s Transformers: Devastation console title features a game-specific prequel story that ties in with the extended Combiner War story arc told in the IDW comic series,” Activision said in a statement to Eurogamer. . “As the Transformers story and franchise continue to evolve, Activision will continue to work closely with Hasbro to explore where to take the Transformers video game franchise.”

The Combiner Wars will end next summer and be followed by Titans Return next fall. The third chapter will end in late 2017 or early 2018.

“Fan response has been really good,” said David Erwin, Transformers Story Team Lead at Hasbro. “And that’s when we decided we wanted to make it a trilogy and make it really immersive. And when we say immersive, it means creating that experience on all the different platforms, to apply it to everything what we do.”

One medium that this unified story won’t include is movies, as Hasbro and Paramount have reached an agreement to tell a cohesive story over the next 10 years. Movies take longer to make, after all.

Transformers: Devastation launched today in the UK. According to Simon Parkin, it’s more than meets the eye.