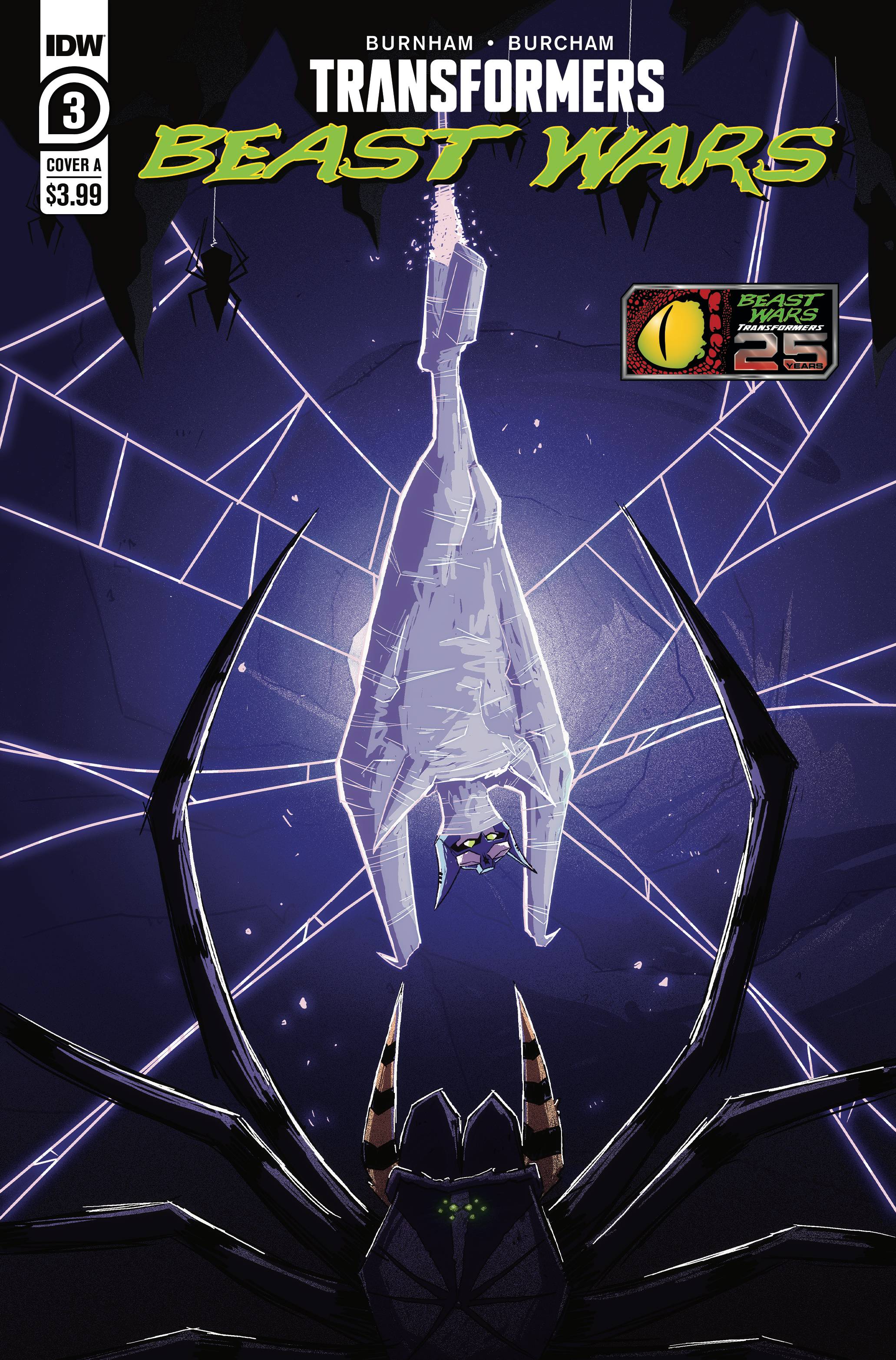 Greetings Seibertronians! It’s that time of the month again when IDW reveals which comics are coming out in April!

In April, we’ll have reached the third issue of the ongoing new Beast Wars series, which will feature a new logo celebrating the 25th anniversary of the Beast Wars portion of the franchise. We’ll also see the launch of the second Transformers and My Little Pony crossover.

Check Out All Versions Below! 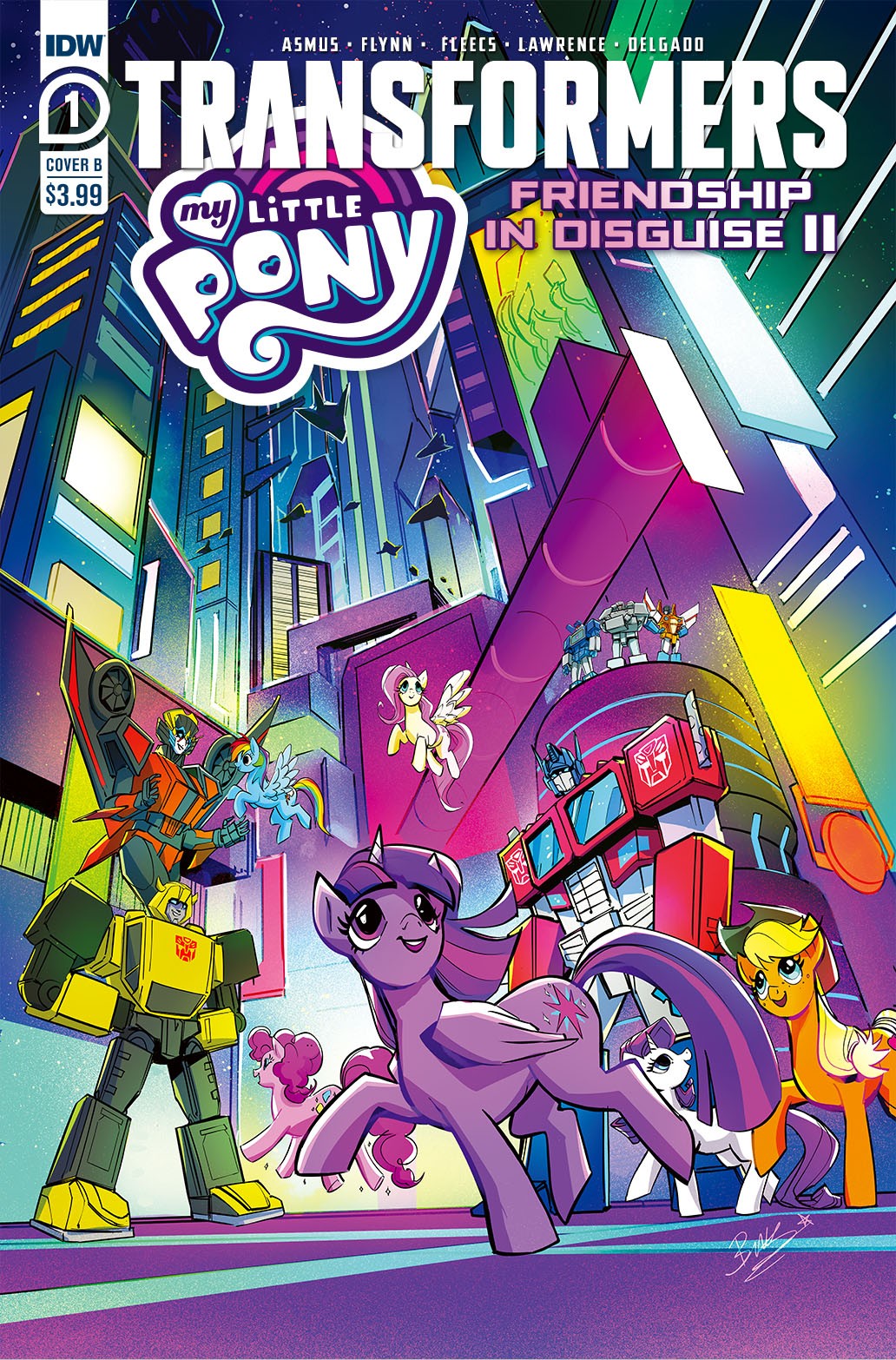 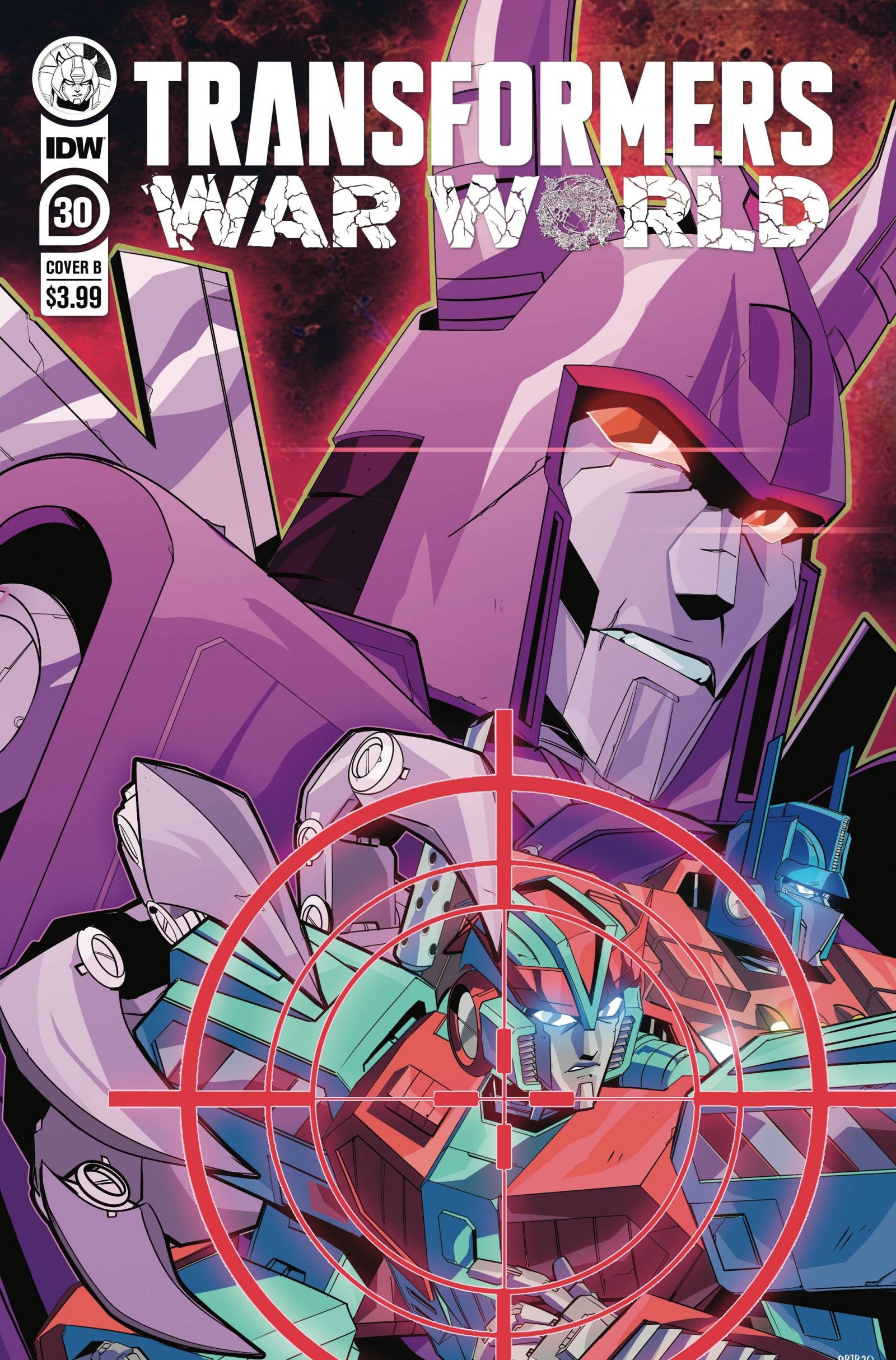 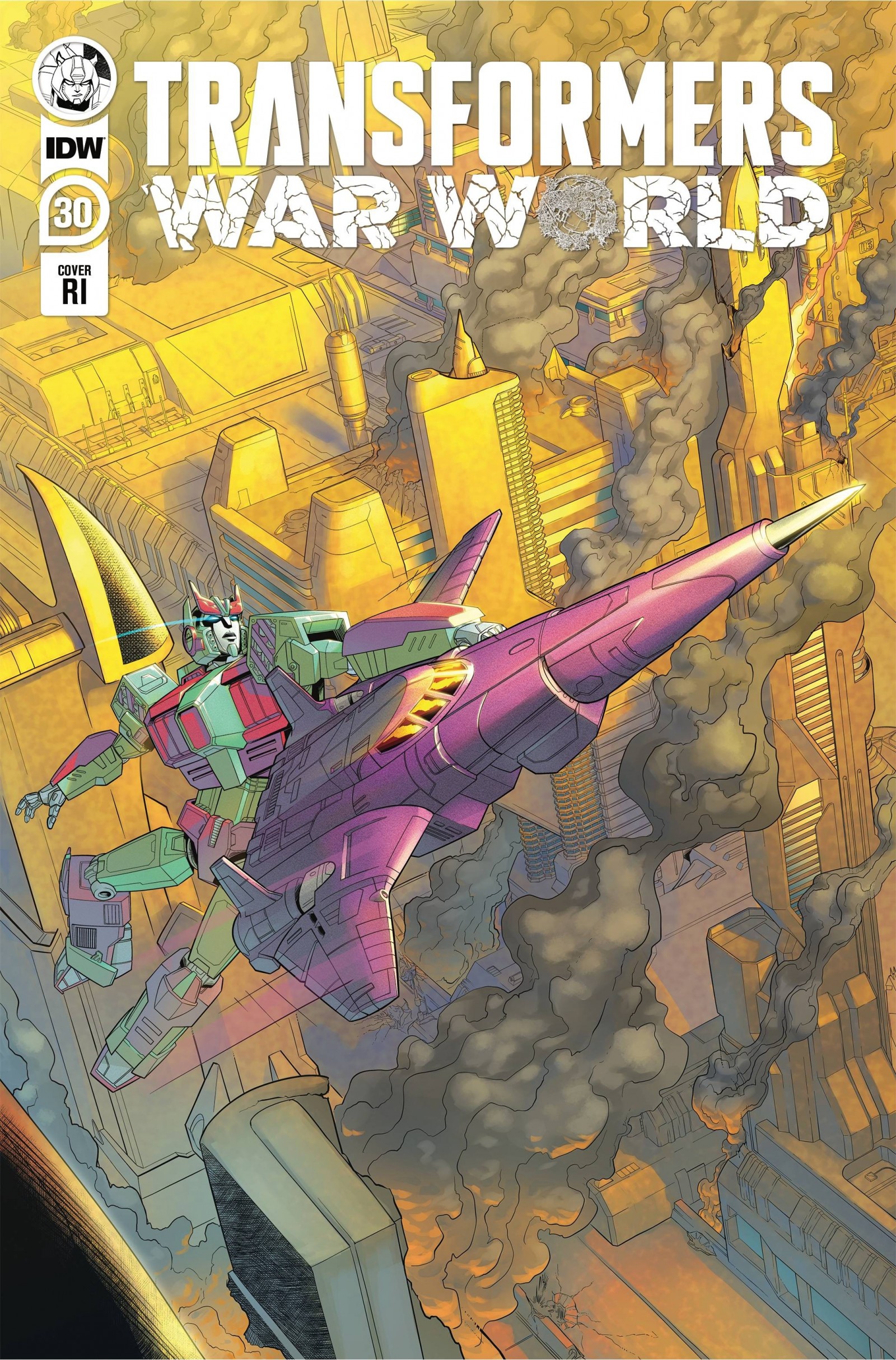 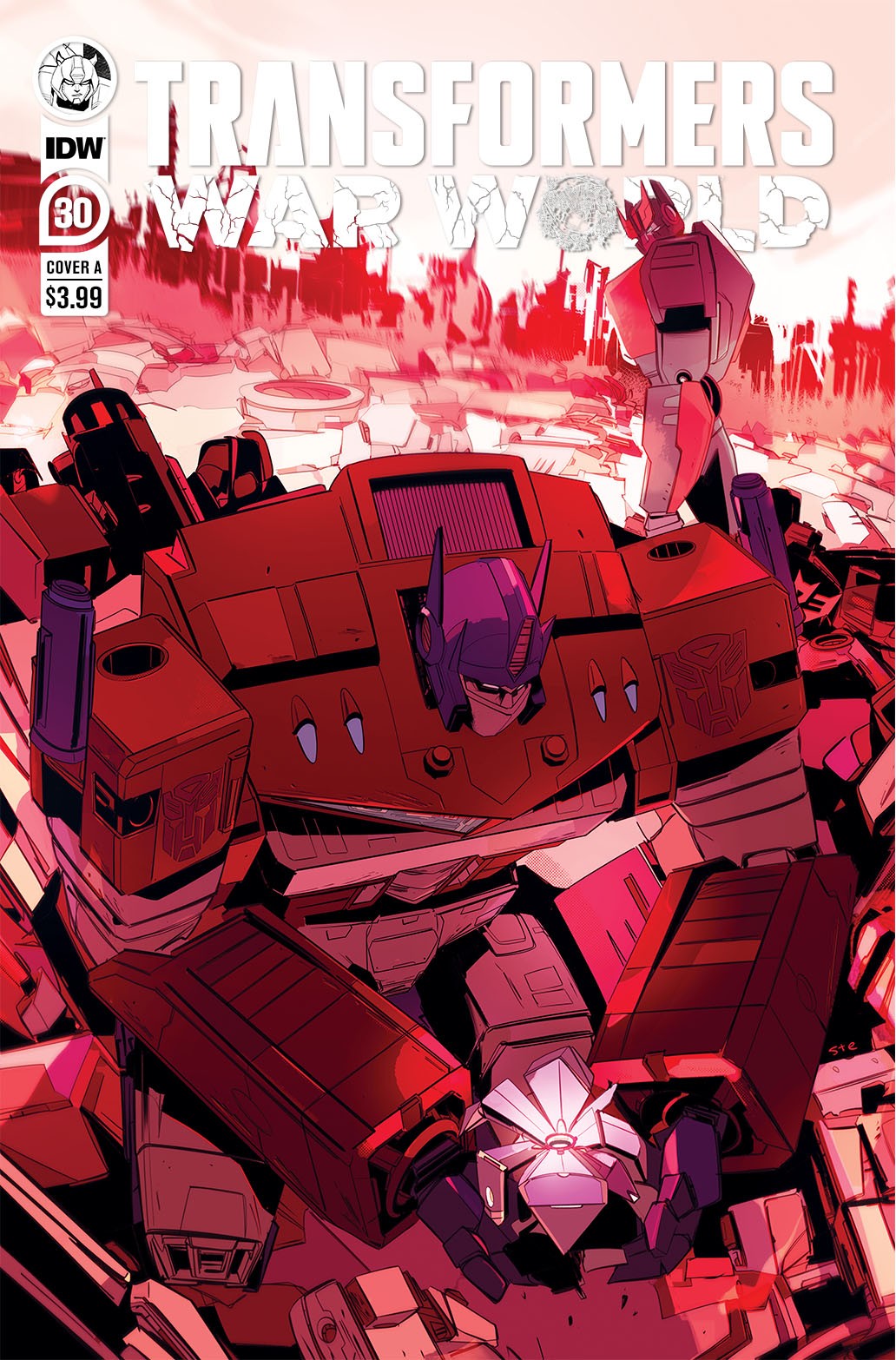 Transformers # 30 â€” Cover A: Stefano Simeone
Brian Ruckley (f) â€¢ Anna Malkova (a) â€¢ Stefano Simeone (c)
“War World: We are not meant to be darkness.” Optimus Prime doesn’t want to fight, but knows he has to. Beside him, at the head of his army, is one of Cybertron’s former great generals and former White Tower inmate, Pyra Magna. The two might not agree, but for the Autobots to survive and resist the Decepticons, they have to work together. But first, they must get out of Iacon alive!

* Incentives for retailers:
Order 10 copies and get a free cover variant of Blacky Shepherd! 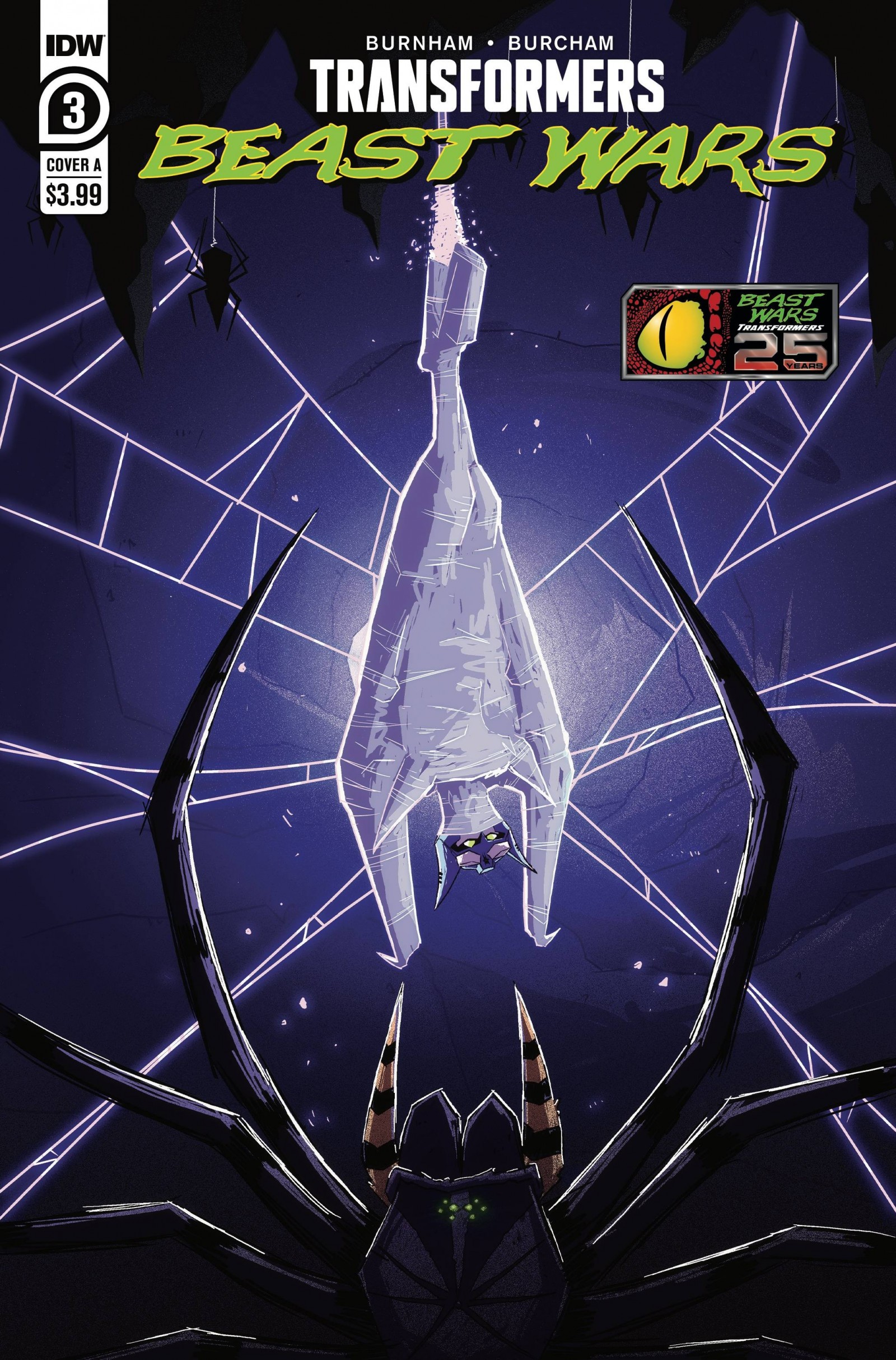 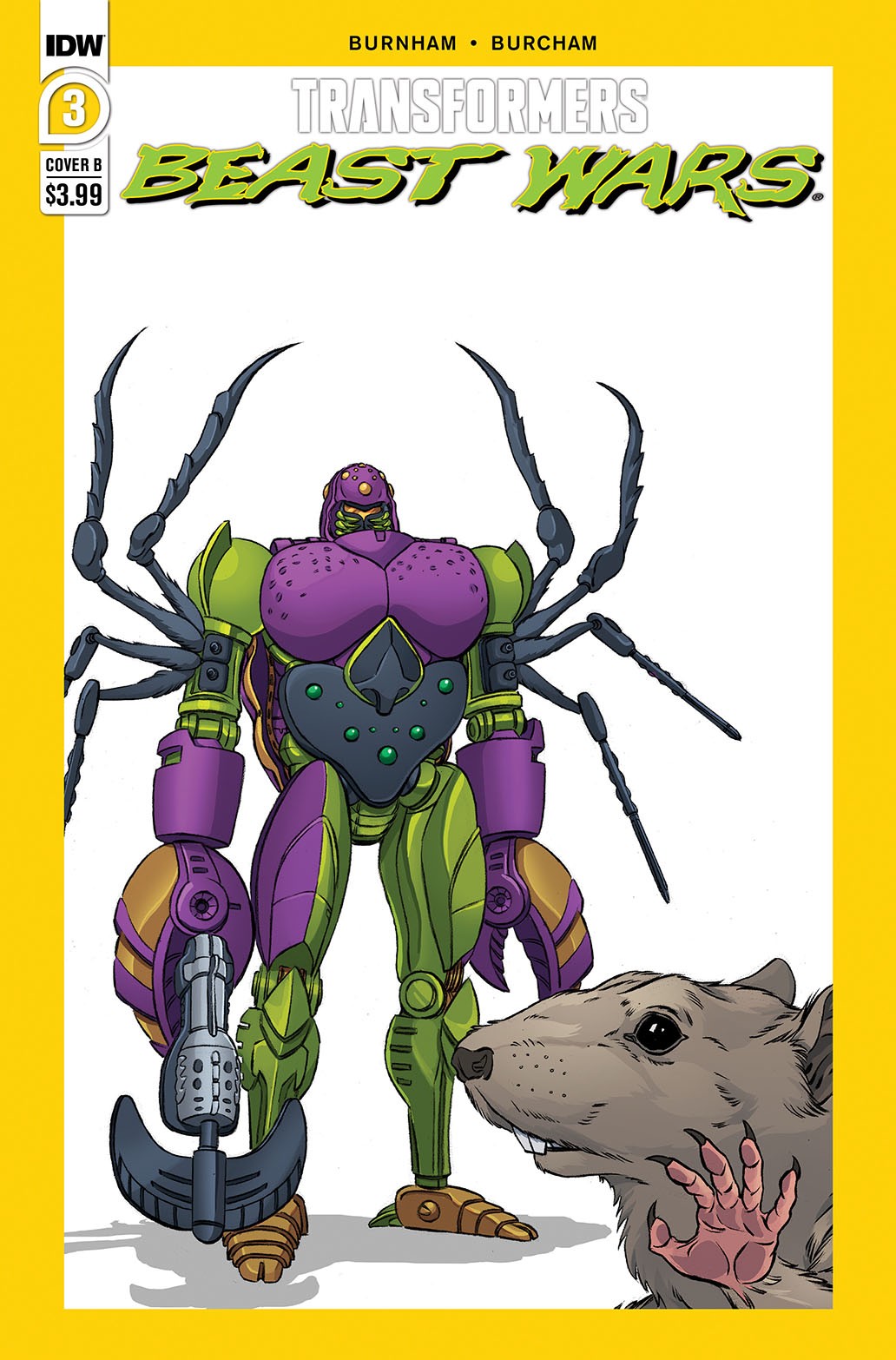 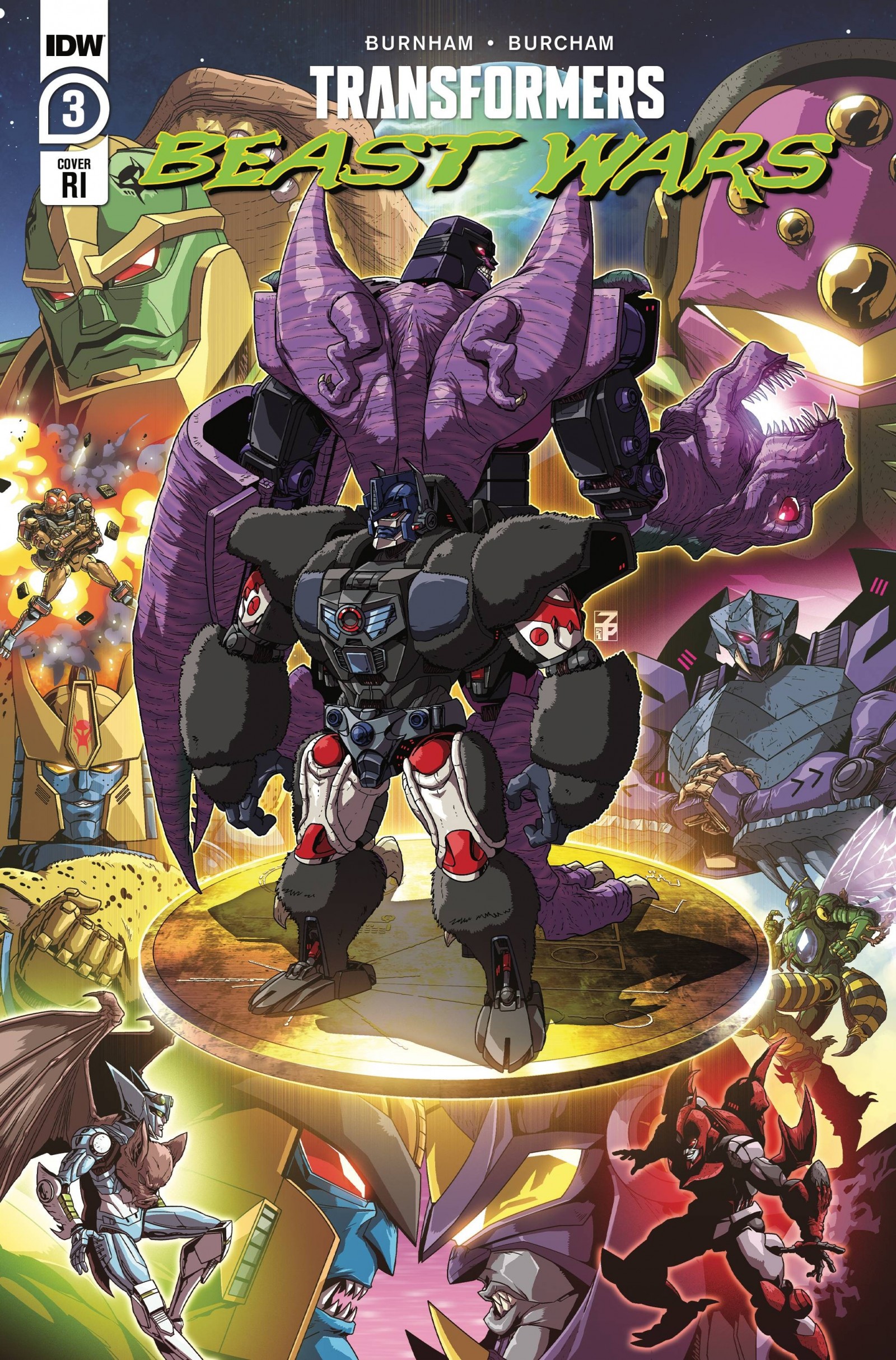 Transformers: Beast Wars # 3 â€” Cover A: Josh Burcham – SPOTLIGHT
Erik Burnham (f) â€¢ Josh Burcham (a and c)
Unbeknownst to the Maximals, the Predacons have taken their first prisoner! As Megatron and Tarentulas conduct their interrogation, dissent settles in the ranks of Predacon. Who will give first: the dissatisfied Dinobot or the Maximal captured? The beast war rages on!

* Incentives for retailers:
Order 10 copies and get a free Josh Perez cover variant! 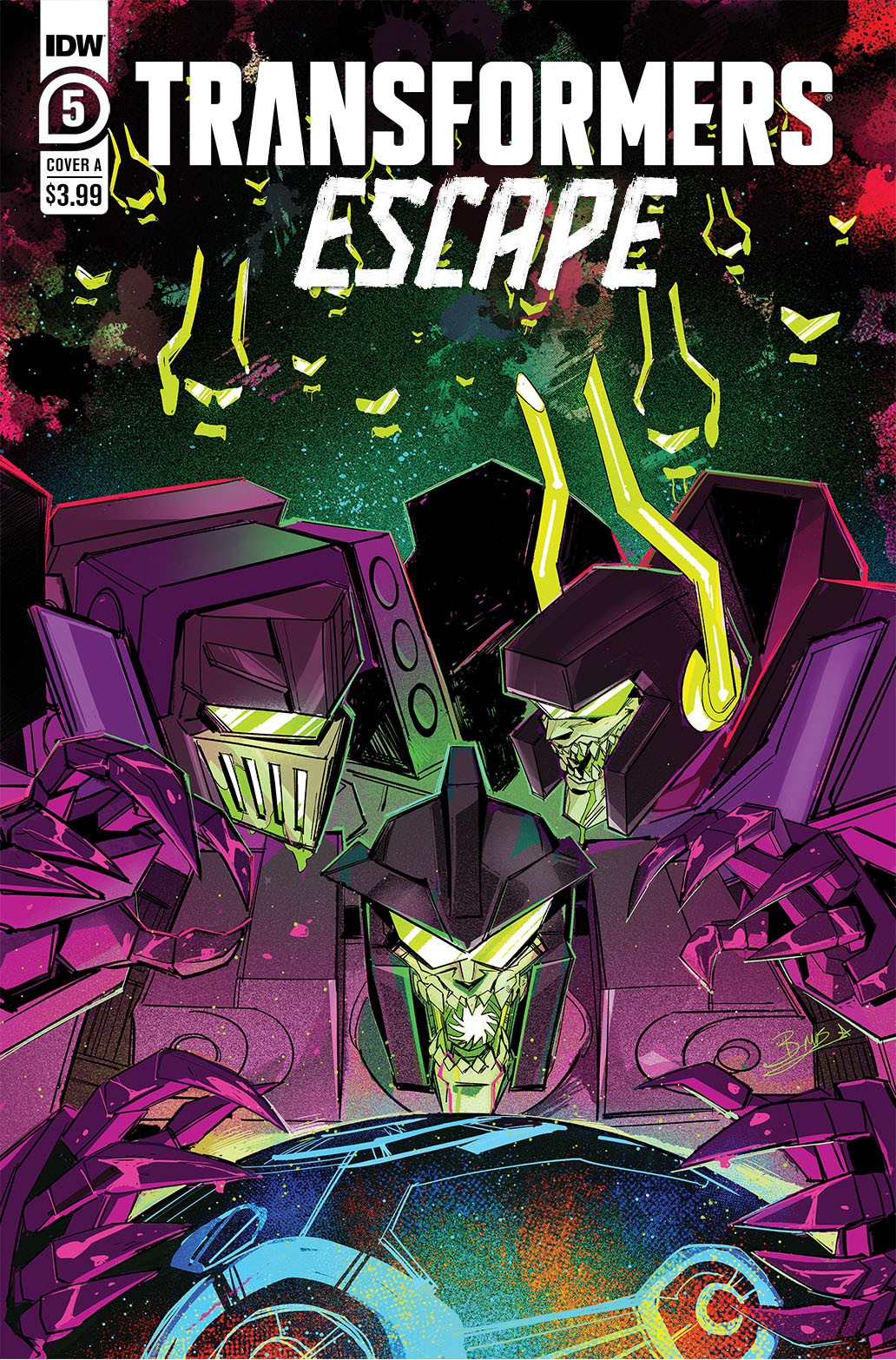 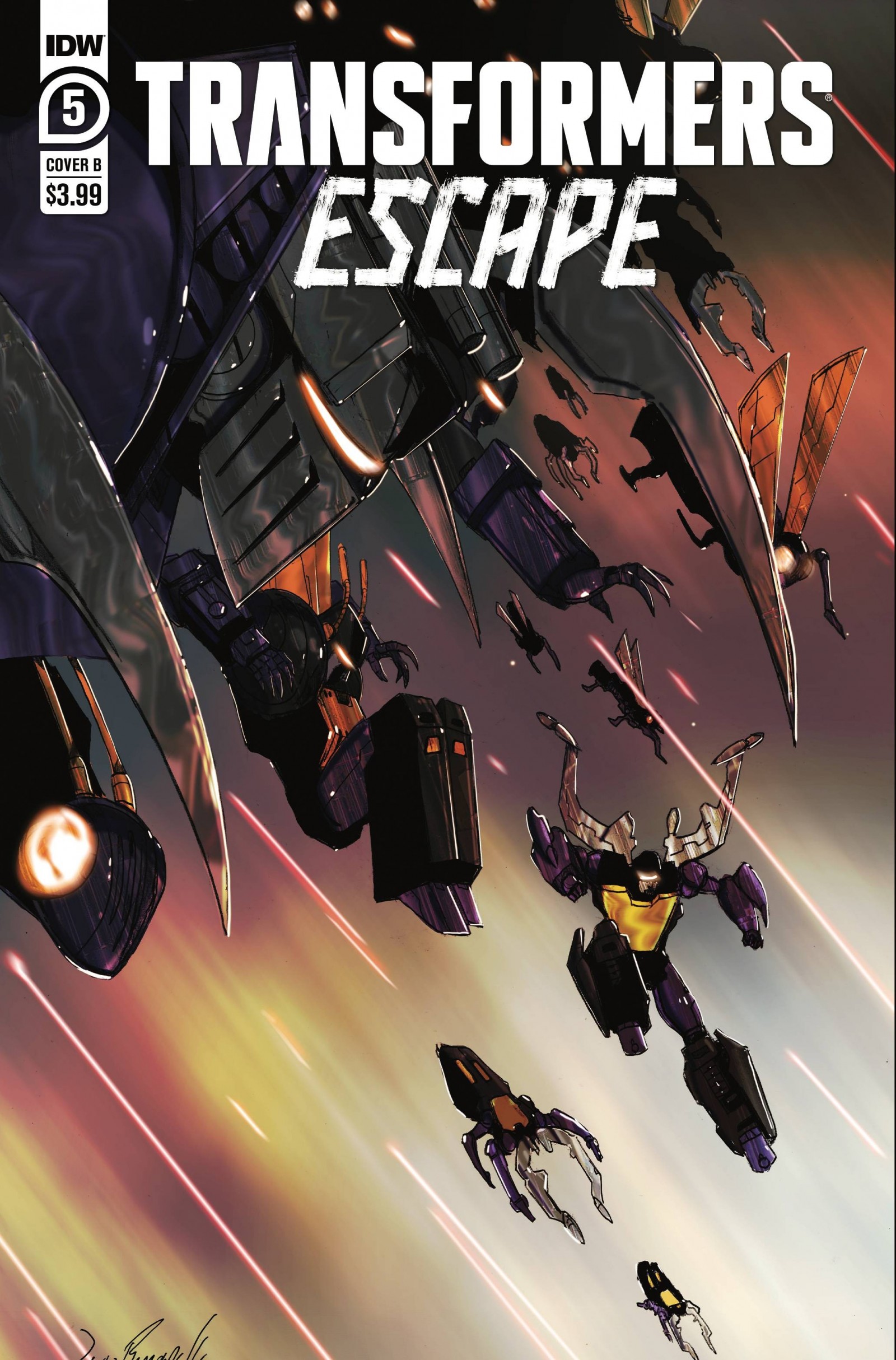 Transformers: Escape # 5 (of 5) â€”Cover A: Beth McGuire-Smith
Brian Ruckley (w) â€¢ Beth McGuire-Smith (a and c)
The Arches are prepped and ready … or should be. With thousands of lives at stake, Hound, Wheeljack, Glyph, Tap-Out, Road Rage and the others must fend off a swarm of enemies threatening to sabotage the launch, and a traitor among them in the thrilling conclusion!

* Incentives for retailers:
Order 10 copies and get a free cover variant of Dan Khanna!

Will you get any? Let us know in the Energon pub and stay tuned to Seibertron for all the latest news and reviews!

Beast Wars # 3’s retail incentive coverage would make a great poster. Honestly, I wish this guy was the one doing the interior art.

TOO MUCH ENERGON! wrote:Beast Wars # 3’s retail incentive coverage would make a great poster. Honestly, I wish this guy was the one doing the interior art.

100% agree that interior artwork is just not good enough for mainstream comics.