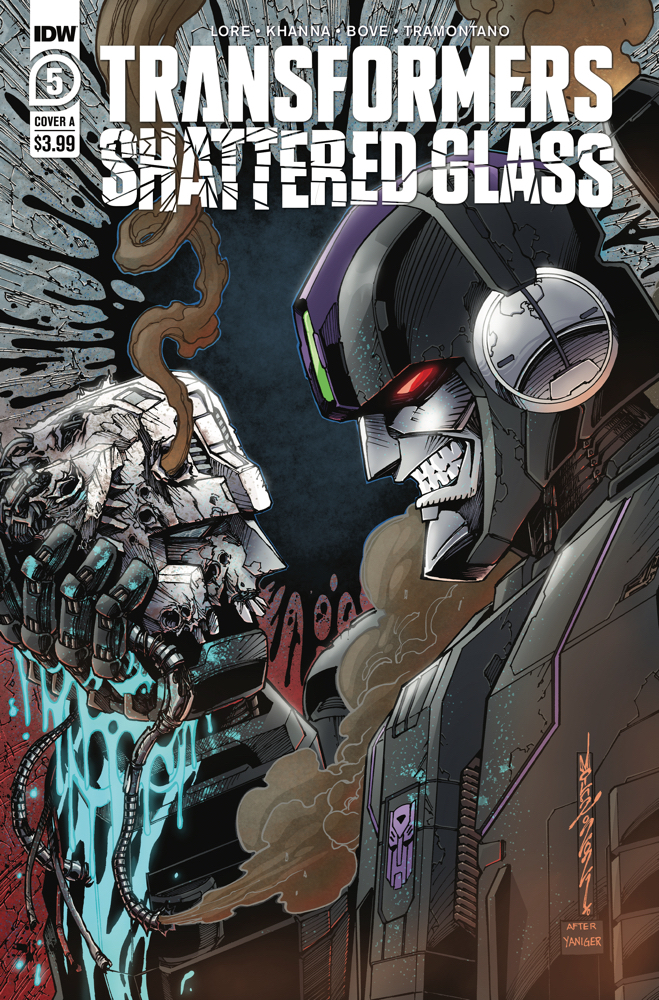 Comic book solicitations are a great business, with the quirk of a month ending on a Thursday meaning that this latest batch of books to expect from IDW Publishing gets its information a little earlier than it does over the course of it. ‘a typical month. December will close the year with more action from the Maximals and Wreckers, Grimlock and the Shattered Glass team will conclude their miniseries, and the Transformers going continues to do whatever he does. Most of this month’s cover art isn’t available just yet, likely due to the start of this news month’s release, but at least we get a glimpse of Alex Milne’s latest incredible tribute to Derek Yaniger. Generation 2 # 5 “Alas, poor baton” cover.

Transformers: King Grimlock # 5 (of 5) â€”Cover A: Cian Tormey
Steve Orlando (f) â€¢ Agustin Padilla (a) â€¢ Cian Tormey (c)
King Grimlock’s epic conclusion! Grimlock faces his greatest opponent to date, the solar god of Menonia, Soltron! But first, he’ll have to override Soltron’s new accolite … his own former student, Arko! This is the battle not only for the kingdom, but for the whole world!

In issue # 5, Jetfire’s loyalty is tested when Goldbug asks him to make the ultimate sacrifice on behalf of the Autobots. His decision results in a shocking Cybertron event and an epic conclusion to â€œShardsâ€. 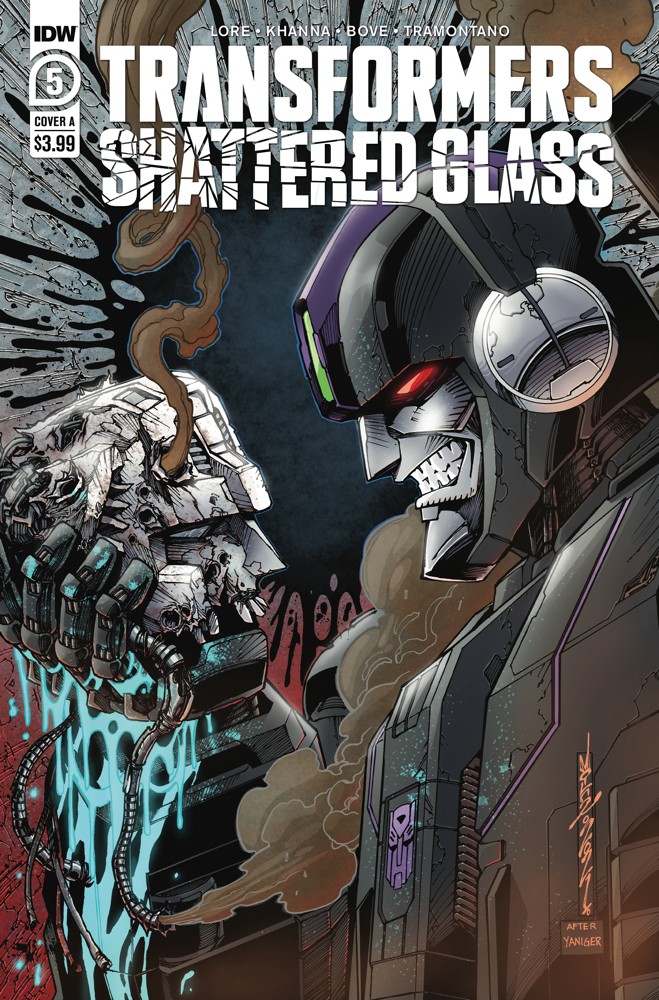 Cybertron’s fate lies in the hands of Starscream and Windblade as each tries to gain allies and support for control of the Council of Worlds. After the costly victory against the Titans, Iacon is in shambles and Starscream finds himself on more volatile ground than ever. The key to its political (and probably literal) survival lies in the outcome of a highly unlikely event: the trial of the Council’s first official war criminal, Chromia de Caminus!

The revolution is over, but the danger to Earth has only just begun. As Optimus Prime draws Earth into the larger universe, he paints a target thereâ€¦ and a new alien foray begins when a corkscrew-shaped craft pierces our world! Plus, follow the adventures of the Lost Light crew! In the aftermath of the Revolution, Rodimus and his crew were stranded with no ship and no hope of escaping! 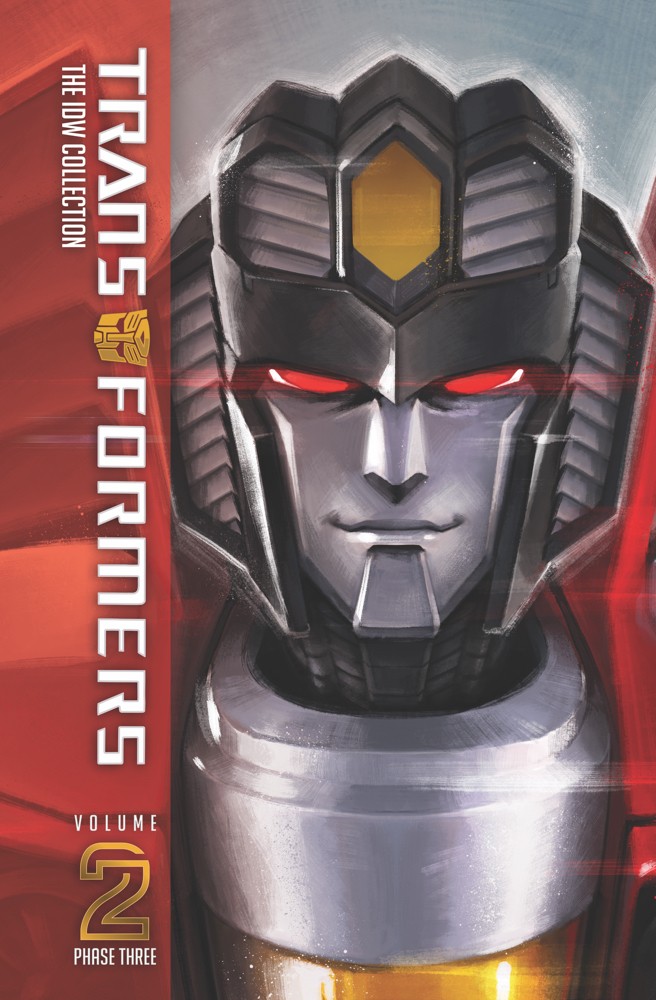 Transformers: Wreckers â€” Tread & Circuits # 3 (of 4) â€”Cover A: Adam Bryce Thomas
David Mariotte (f) â€¢ Jack Lawrence (a) â€¢ Adam Bryce Thomas (c)
The race is on! The Speedia 500 has started and the Wreckers are doing their best to keep up with the best runners in Velocitron. But following an explosion, it is chaos on the track as an assault is launched on the race. Will the Wreckers be able to maintain their cover and take down their enemies, or will they be both destroyed and ruled? 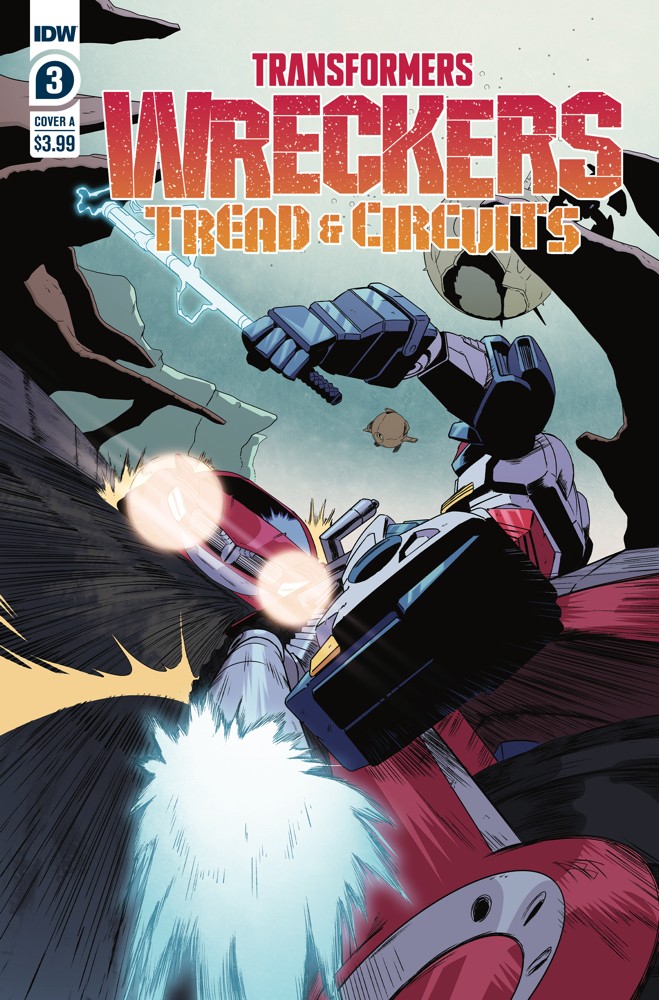 Transformers # 38 â€” Cover A: Alex Milne
Brian Ruckley (f) â€¢ Anna Malkova (a) â€¢ Alex Milne (c)
â€œDarkness, Once Gazed Uponâ€ is a rescue mission in Iacon as Arcee, Windblade, Chromia, and Smokescreen connect with two long-lost allies in the city. Their goal: to rescue a captured Autobot general. But things are never easy when Swindle is involved! 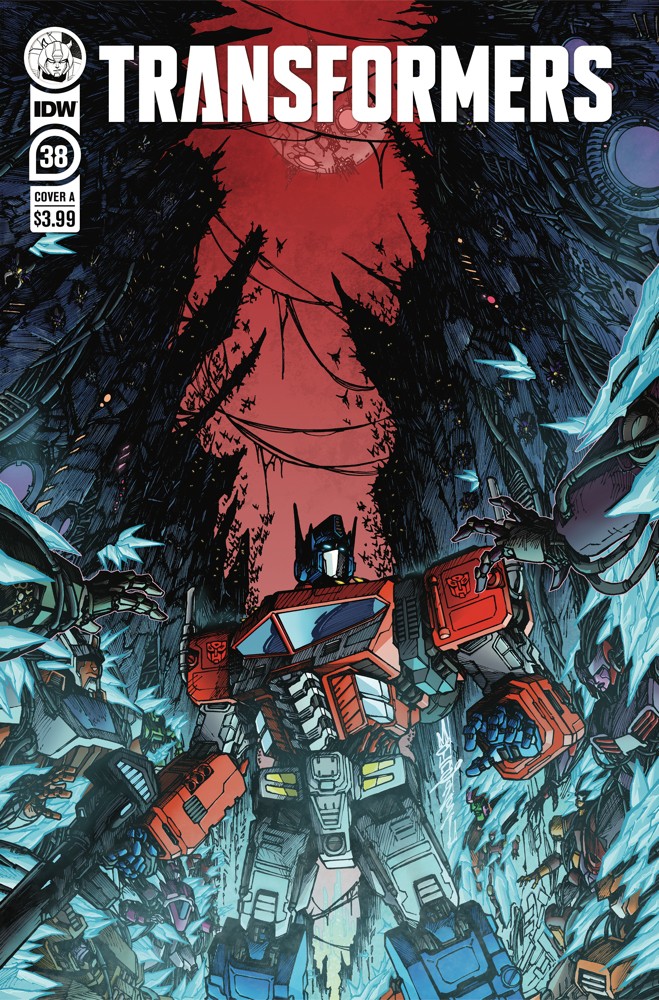