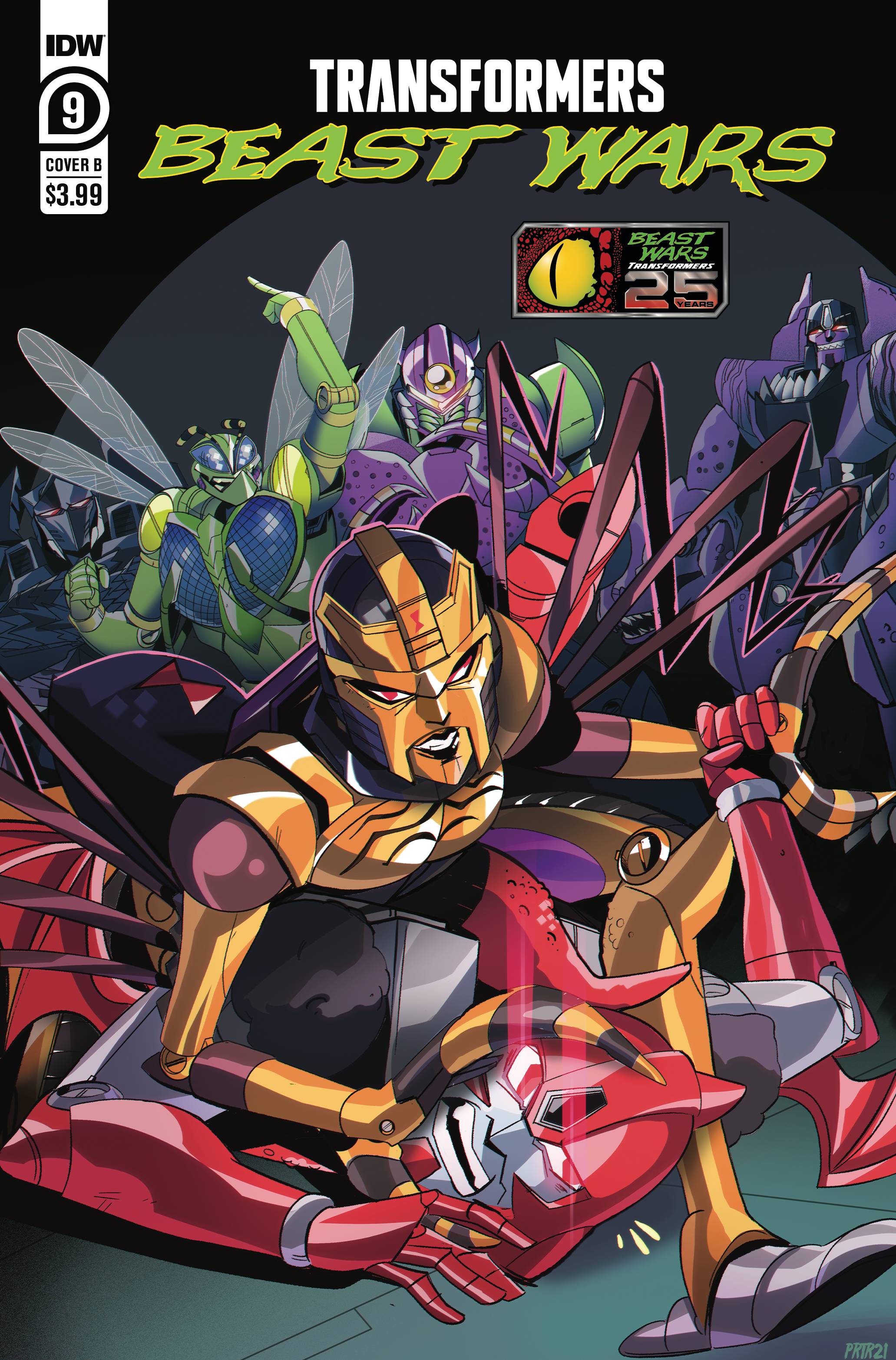 Greetings Seibertronians! It’s that time of the month again where we watch three months in advance what the Transformers comics are coming to the comic book stands in October 2021!

Transformers # 36 â€” Cover A: Anna Malkova
Brian Ruckley (w) â€¢ Anna Malkova (a & c)
â€œSea of â€‹â€‹Rustâ€, Part Three! The Autobots are outnumbered and surrounded in the Termagax base with
Decepticons on one side and the deadliest cybertronian environment on the other. With an incredible
powerful artefact on the line – one that could turn the tide of war in their favor – can the Autobots
resist the siege?
FC â€¢ 32 pages â€¢ $ 3.99
Transformers # 36 â€” Cover B: Red Powell
Brian Ruckley (f) â€¢ Anna Malkova (a) â€¢ Red Powell (c)
* Incentives for retailers:
Order 10 copies and get a free cover variant from Billie Montfort! 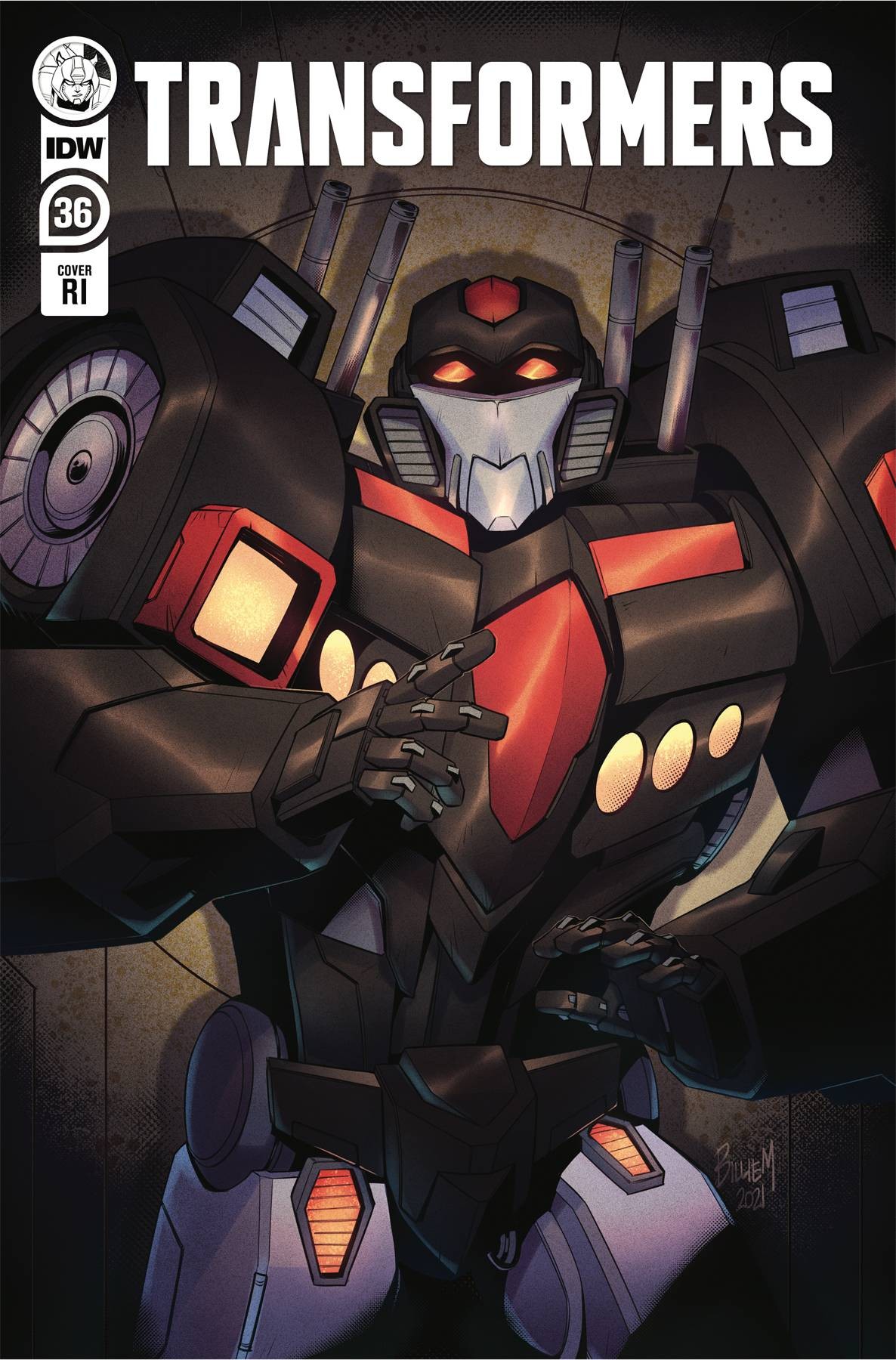 Transformers: Beast Wars # 9 â€” Cover A: Josh Burcham
Erik Burnham (f) â€¢ Josh Burcham (a and c)
“Thicker skin”. Predacons begin their hunt for other fallen protoform pods, containing potential
reinforcements in their quest to crush the Maximals. But Skold, the Predacon power plant, is left behind
because it will slow down the mission, at least according to Terrorsaur. When Skold meets a pod on
hers, it will be up to her to bring it to the side of the Predacon … or drop it for good.
FC â€¢ 32 pages â€¢ $ 3.99
Transformers: Beast Wars # 9 â€” Cover B: Priscilla Tramontano
Erik Burnham (f) â€¢ Josh Burcham (a) â€¢ Priscilla Tramontano (c)
* Incentives for retailers:
Order 10 copies and get a free cover variant by Alex Milne! 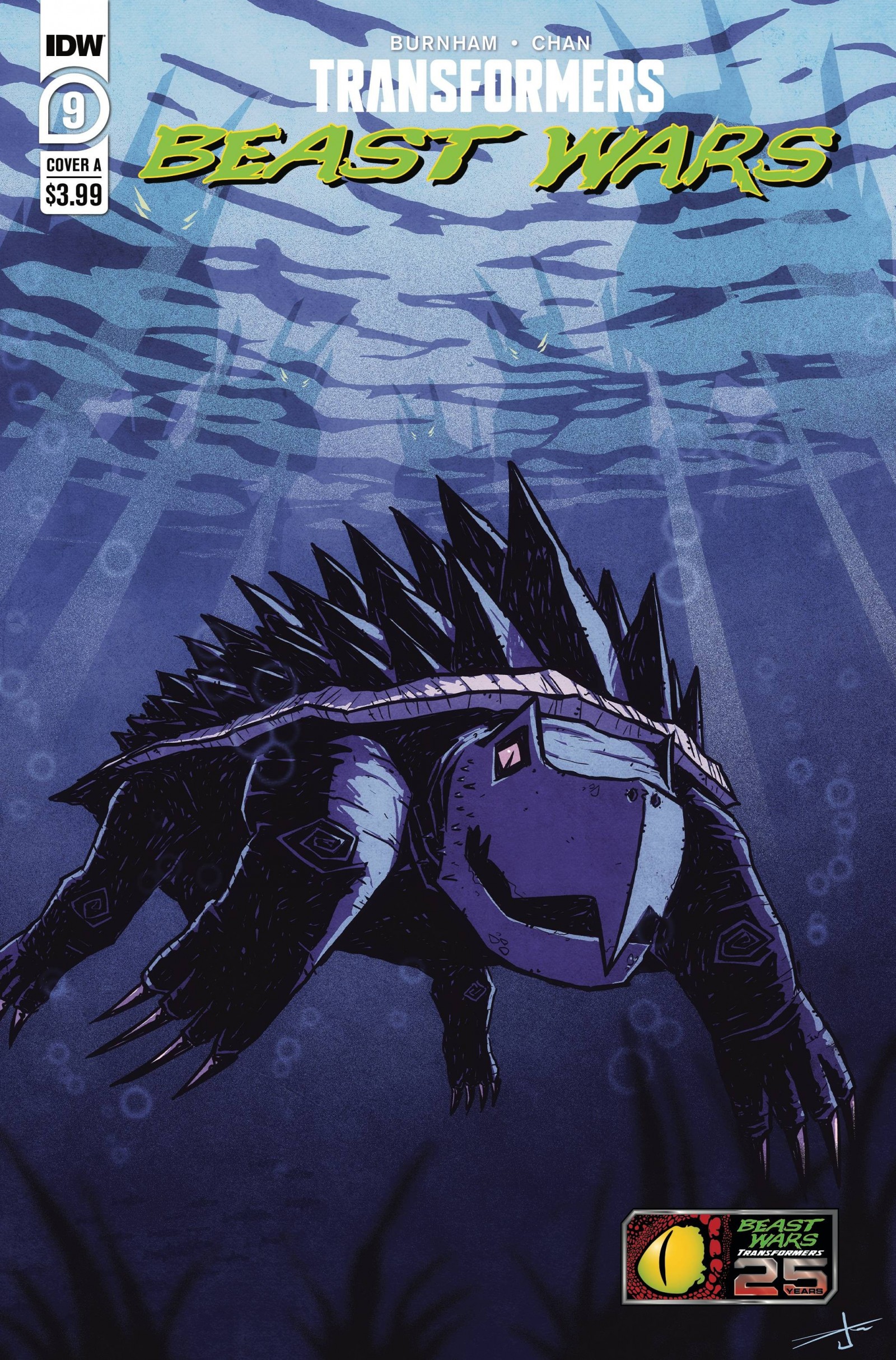 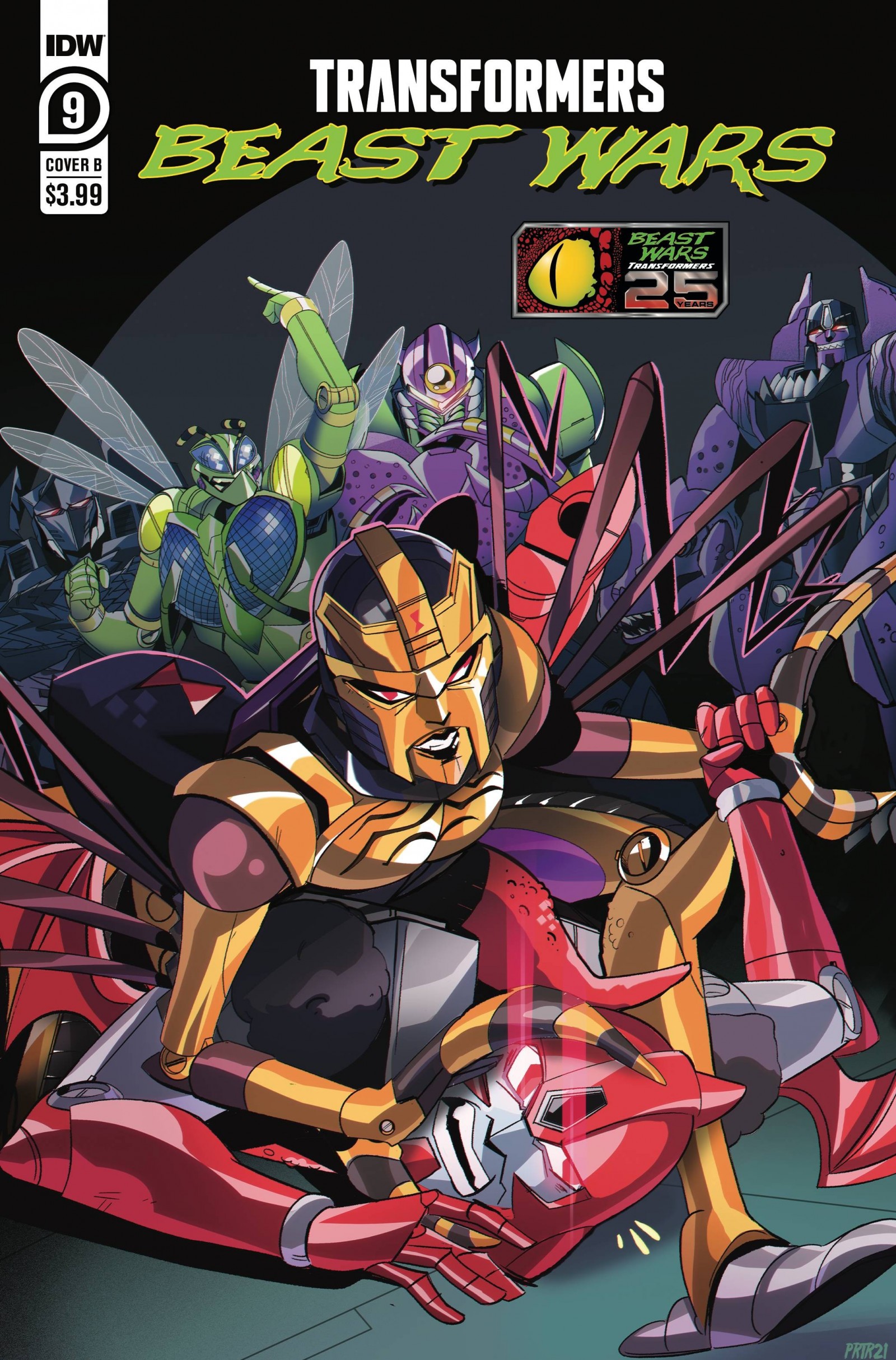 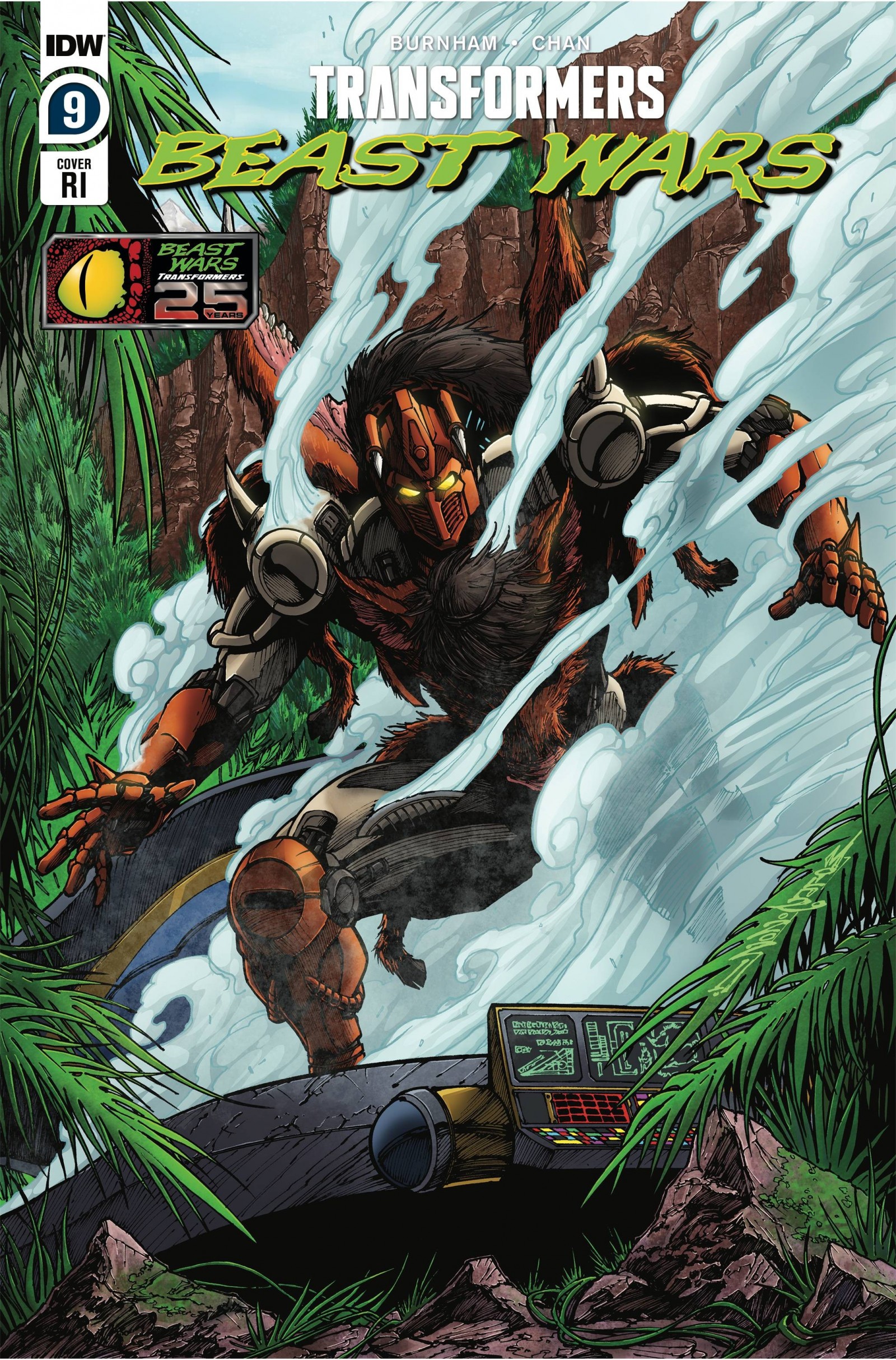 “In the beginning came the beasts, and all that crawls and crawls and flies – but nature lies, they are robots in
disguise! â€With this one line, a whole new generation of Transformers toys and fans has been created. Now 25
years later, an all-new series brings back your favorite characters!
In the future, the planet Cybertron will belong to the maximums of the scientific mind and action
Let’s predict! When a crew of Predacons, led by the successor to the name Megatron, steals a gold record
and a time-traveling ship, it’s up to Optimus Primal and his Maximal-Rattrap crew,
Rhinox, Cheetor and the new character Nyx – to catch them! Collect numbers 1 to 6, Savage Landing!
TPB â€¢ FC â€¢ $ 19.99 â€¢ 144 pages â€¢ 6.625 “x 10.187” â€¢ ISBN: 978-1-68405-858-7 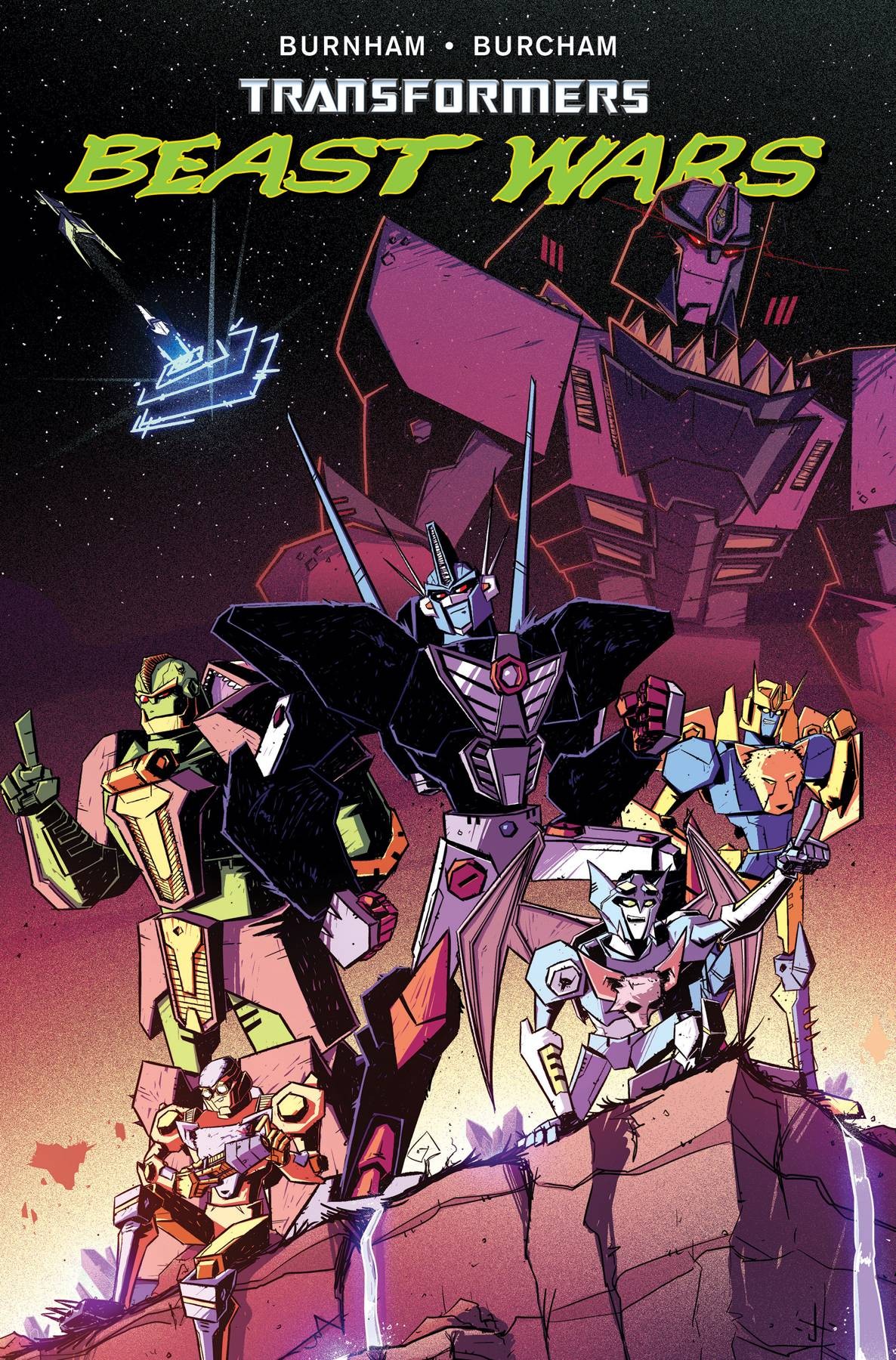 Transformers: King Grimlock # 3 (of 5) â€”Cover A: Bryan Lee
Steve Orlando (f) â€¢ Agustin Padilla (a) â€¢ Bryan Lee (c)
King Grimlock is unleashed! Confronted with the macabre host of the Scarlet Wizard’s army, Grimlock leads
a band of villagers in a war against their ruler. But all is not what it seems near the Red Wizard
compound. Will Grimlock lead them to freedom … or destruction ?!
FC â€¢ 36 pages â€¢ $ 4.99
Transformers: King Grimlock # 3 (of 5) â€”Cover B: Agustin Padilla
Steve Orlando (f) â€¢ Agustin Padilla (a & c)
* Incentives for retailers:
Order 10 copies and get a free cover variant of Maria Wolf! 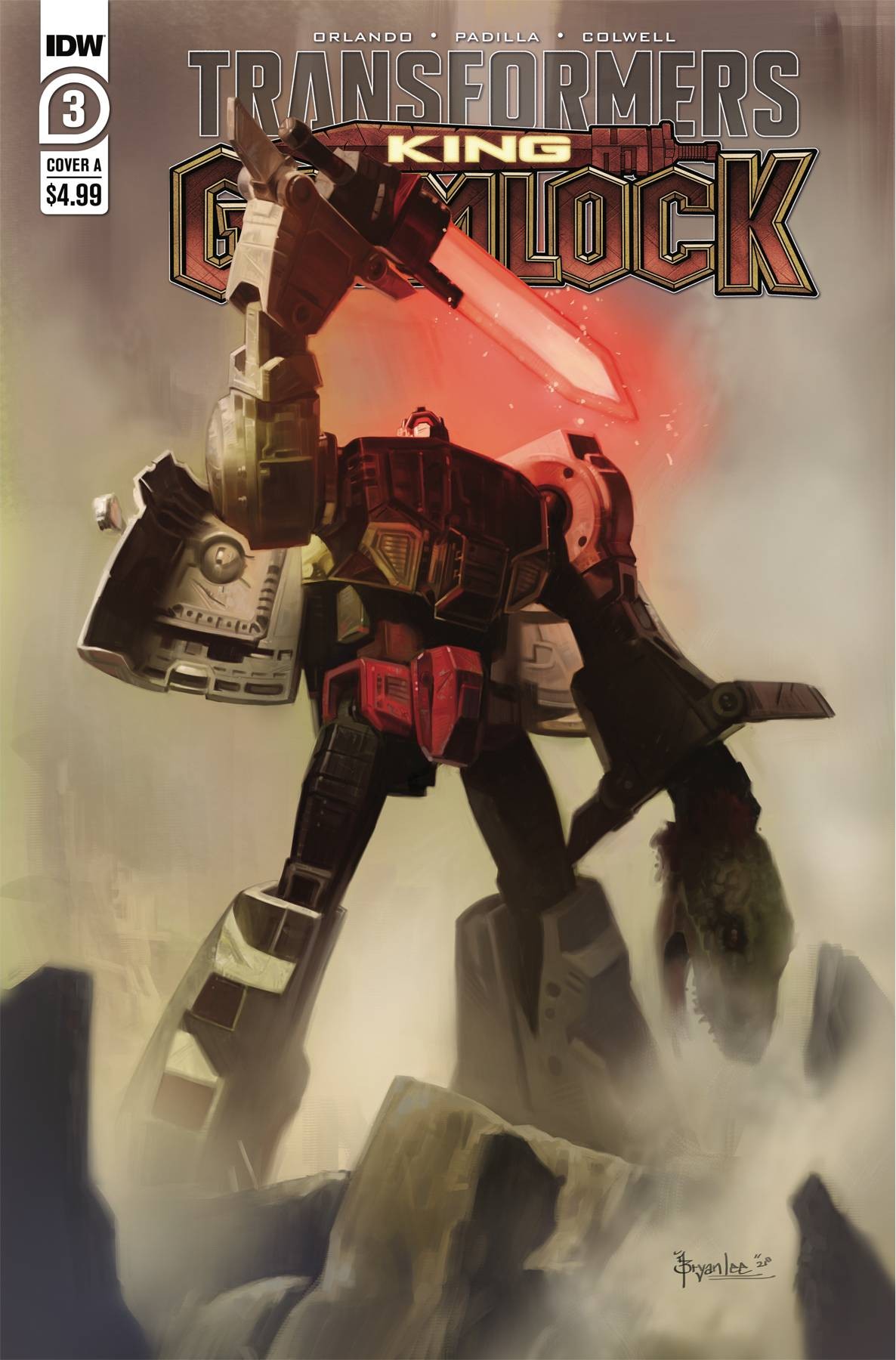 Transformers: Shattered Glass # 3 (of 5) â€”Cover A: Alex Milne
Danny Lore (f) â€¢ Guido Guidi (a) â€¢ Alex Milne (c)
Shattered Glass is not your average Transformers taleâ€¦ “Shards” is the story of the ongoing battle
between the power-hungry Autobot autocrats and the Decepticon workers fighting for freedom. Join the author
Danny Lore (James Bond, King in Black: Captain America, Champions) exploring this divide
alternate universe just before it shatters.
In issue 3, Starscream is looking for more Decepticons to prevent another war that could destroy Cybertron,
but memories of the past haunt every step. As the Autobots draw closer, Starscream must decide between
peace for his planet and his former best friend.
FC â€¢ 32 pages â€¢ $ 3.99 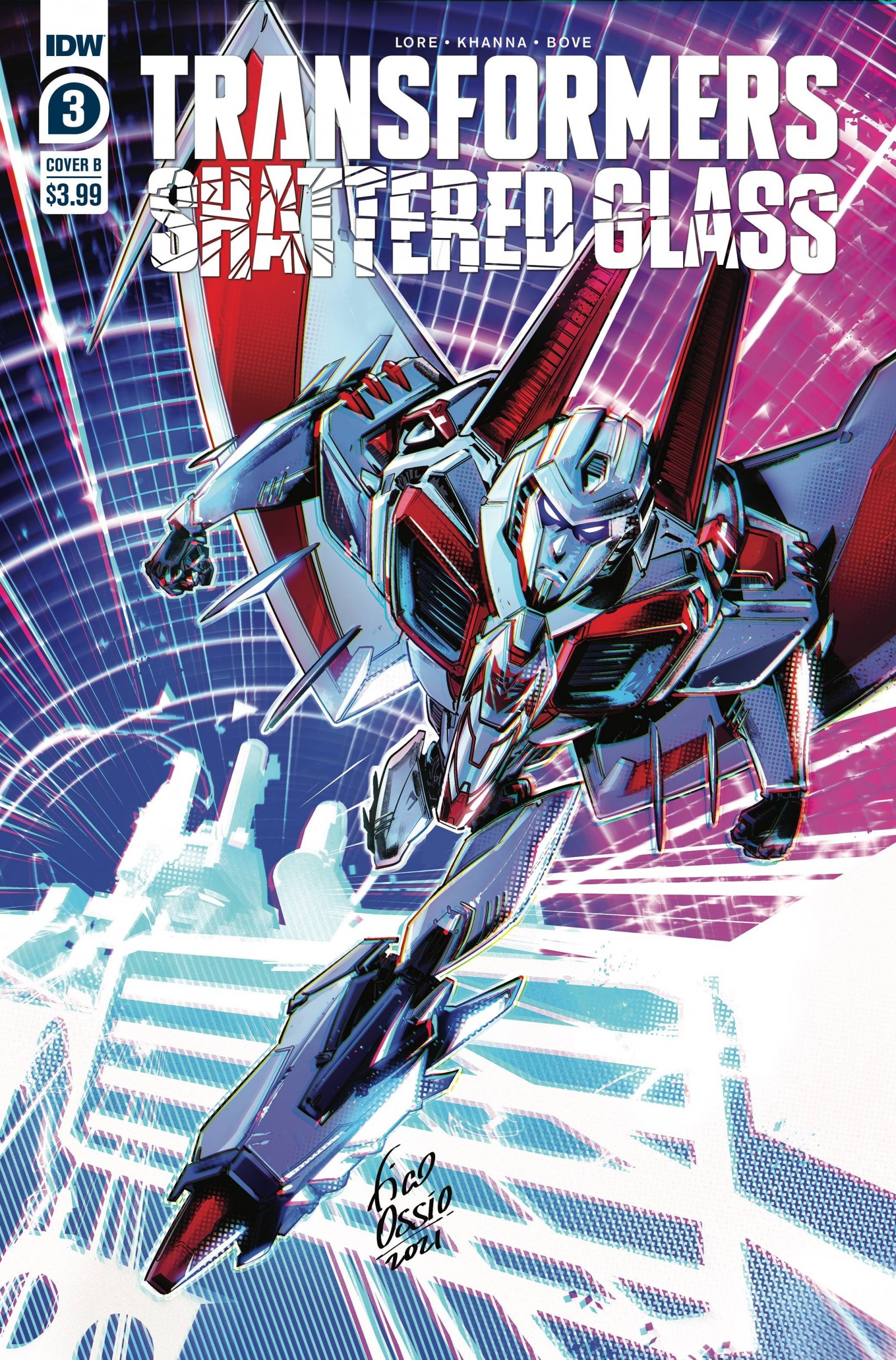 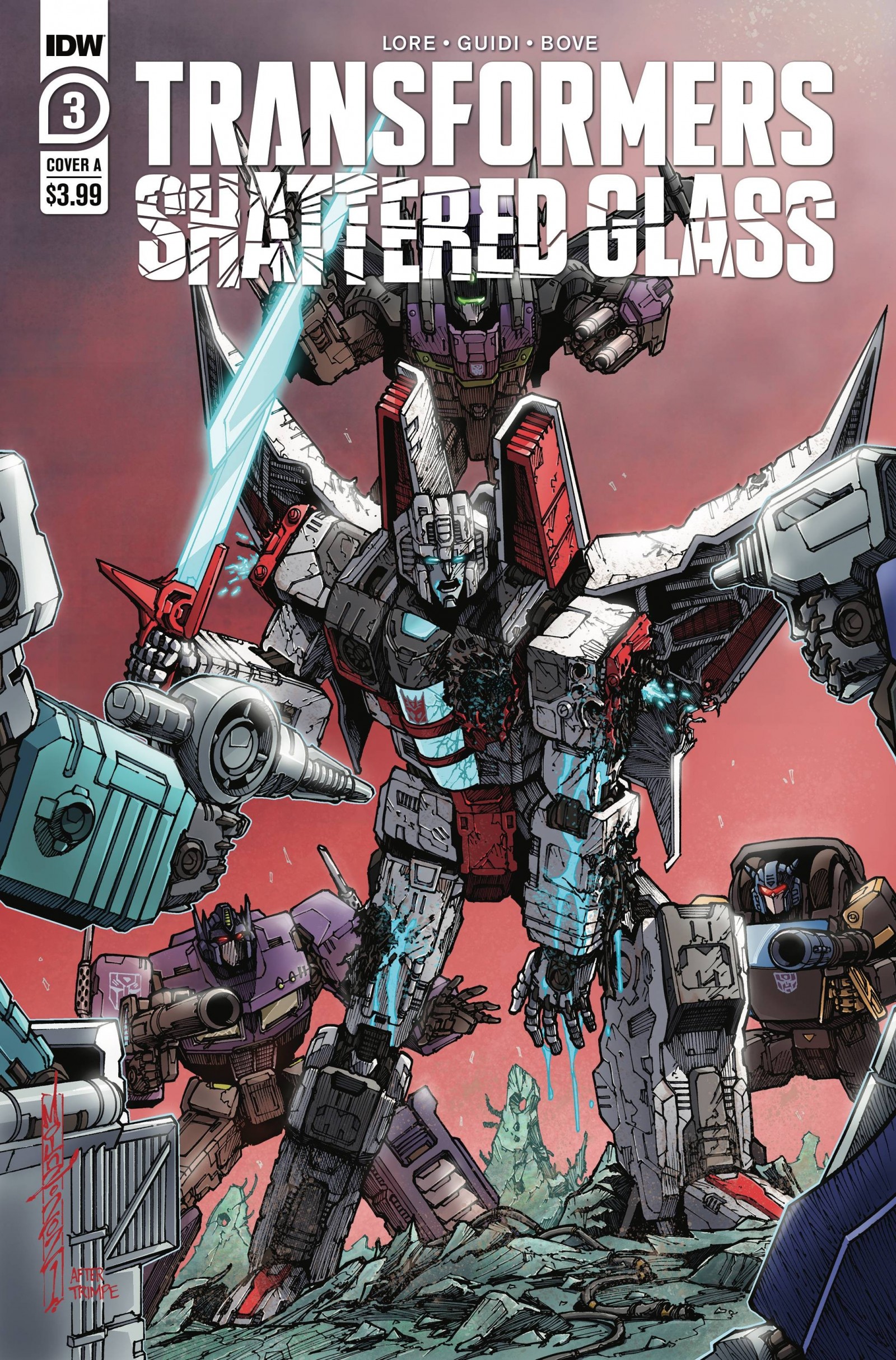 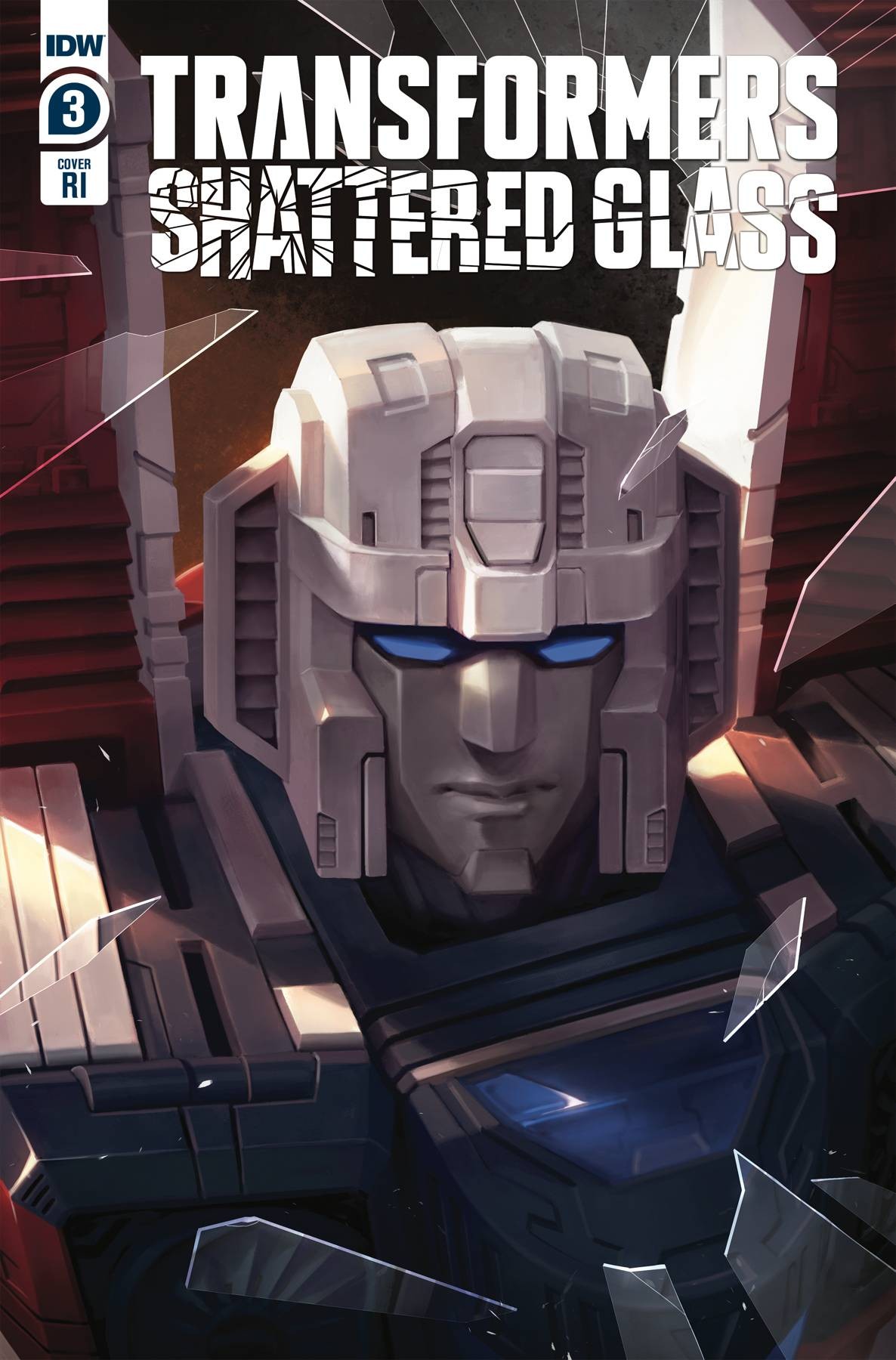 Transformers: Wreckers â€” Tread & Circuits # 1 (of 4) â€”Cover A: Jack Lawrence â€” GEM OF THE
MONTH
David Mariotte (w) â€¢ Jack Lawrence (a & c)
In the cybertronian colonies, it is difficult to find good entertainment. Fortunately, there is always the
Wreckers – brave Cybertronians broadcasting stunts and death-defying actions – all as a cover for
covert operations! When the only event bigger than a new Wreckers broadcast, the Speedia 500, a
race for government control of an entire world is threatened, the Wreckers have a new mission: to save the
most watched race in the galaxy … without getting caught. Wreck and rule!
FC â€¢ 32 pages â€¢ $ 3.99
Transformers: Wreckers â€” Tread & Circuits # 1 (of 4) â€”Cover B: Anna Malkova â€” GEM OF THE
MONTH
David Mariotte (f) â€¢ Jack Lawrence (a) â€¢ Anna Malkova (c)
* Incentives for retailers:
Order 10 copies and get a free cover variant of Nick Roche! 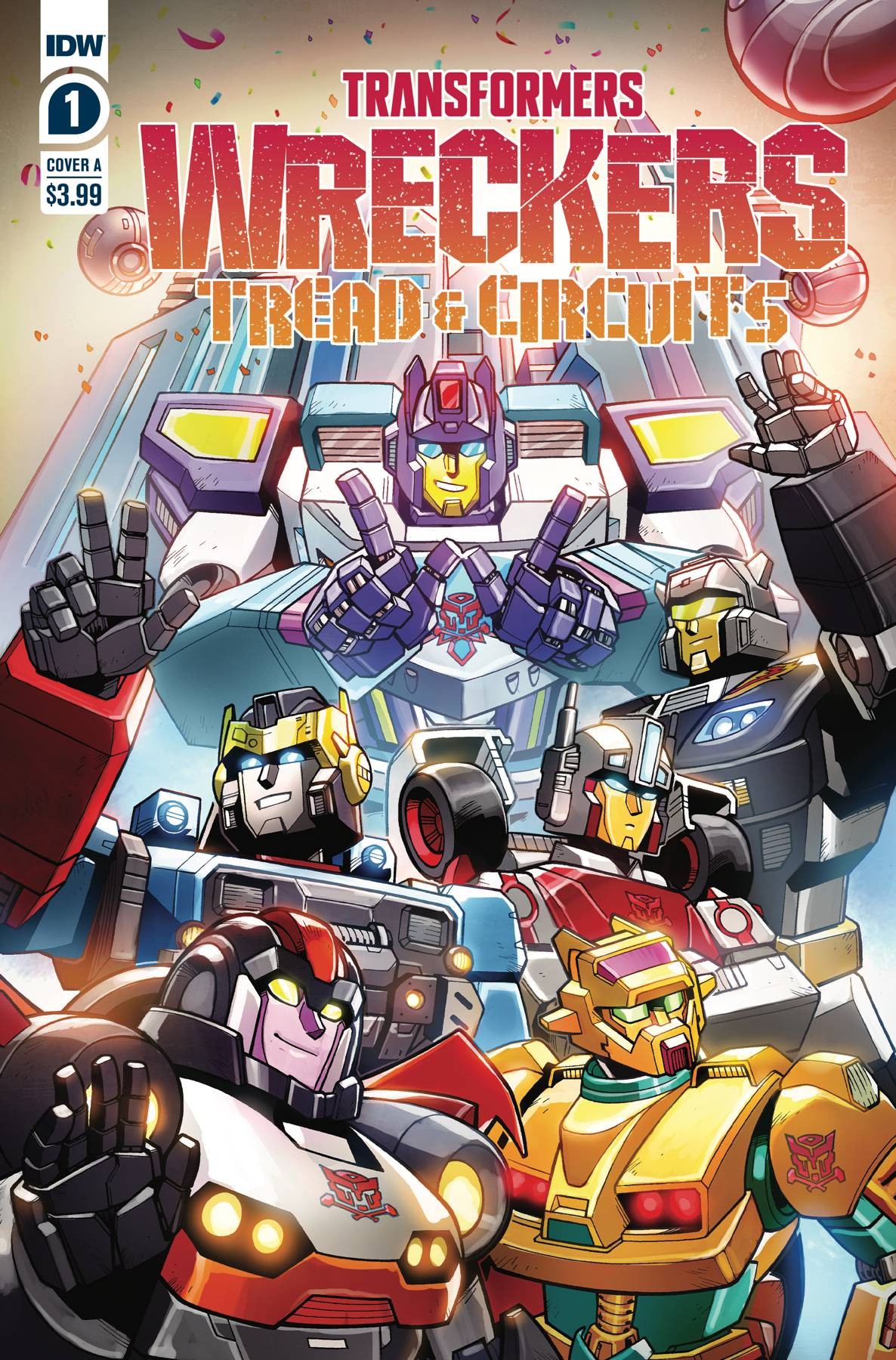 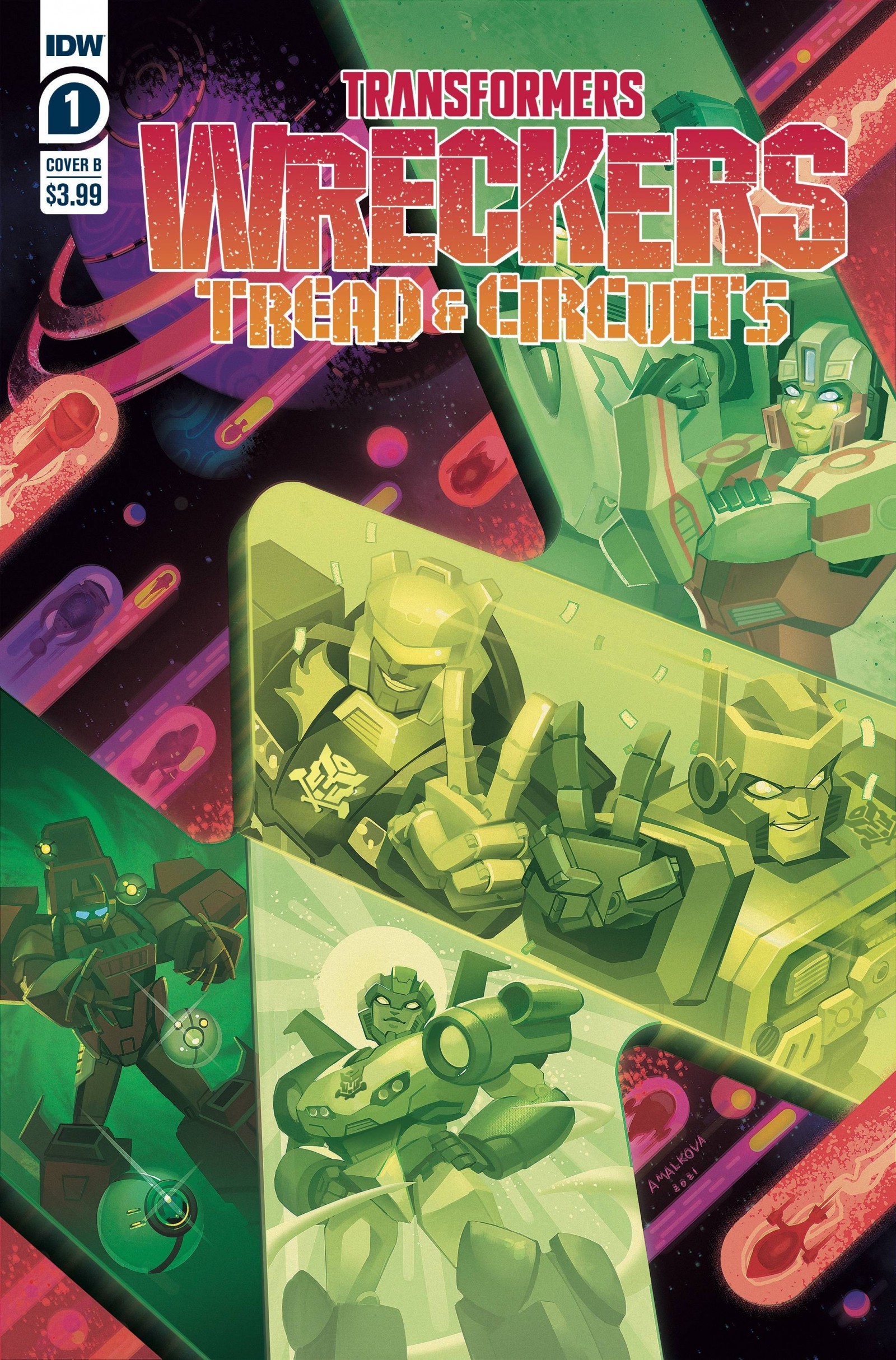 I am happy to see Minerva find a place in Western fiction. Hopefully this leads him to get a new toy or a reissue of his G1 toy. This thing is horribly expensive.

Looking at all of those covers, this Guidi cover from Shattered Glass is the only gem in the bunch. If more comics looked like this, they would be more engaging to read, even if the stories aren’t that good.