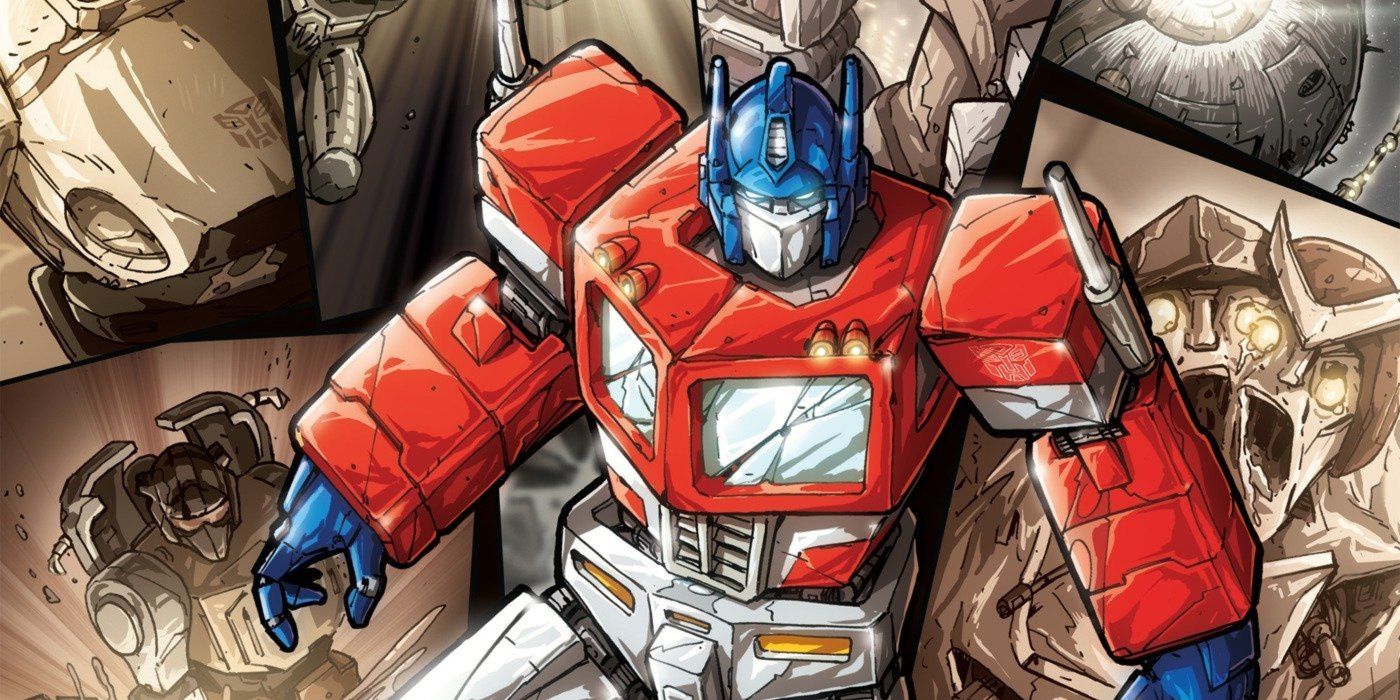 As IDW prepares to reboot its Transformers line, we take a look at how the franchise has helped put the publisher on the map.

This month has seen the quiet conclusion of one of modern comic book’s oldest continuities, and arguably the best. After 13 years and hundreds of issues, IDW Publishing Transformers the line ended with the exit of Optimus Prime #25 and Transformers: Unicron # 6. The most acclaimed title in the line, Transformers: lost light, said goodbye a week earlier with its 25th issue.

The company will relaunch the comic book franchise in March with a series focusing on the origin of the war between the Autobots and Decepticon for their home world Cybertron.

It is no exaggeration to say that without the Transformers license, IDW would not be the publisher it is today. The company published its first issue, Transformers: infiltration # 0, in 2005, after acquiring the comic book license following the implosion of former rights holder Dreamwave. At the time, IDW’s only real success was 30 days of night, but the warm reviews and quick sales of Infiltration and subsequent Transformers miniseries, continuations, and one-shots allowed IDW to pursue a mutually beneficial relationship with Hasbro and become one of the top comic book publishers, alongside Marvel, DC, Image and Dark Horse.

RELATED: Transformers: Lost Light Is The Franchise’s Most Progressive Story, Ever

With the end of the lineage that made its publisher, as well as the fortune and reputation of several creators (while also fostering one of comics’ tightest fanbases), we made it to TFCon de this year in Rosemont, Ill. to talk to several Transformers comic writers and artists about their work on the line, what they think about its end, and the legacy of the IDW line.

From out of the ashes

From the start, the talent pool recruited by IDW was inspired by the history of Transformers comics. The original architect was Simon Furman, writer of the majority of Transformers comics in the 1980s, who wrote several mini-series for IDW introducing the new continuity: a modern retelling of the first-generation (1980s) premise with adult human characters and a decompressed approach borrowed from the Ultimate line of Marvel.

Several artists who worked on Dreamwave Transformers comics (sometimes with Furman) were also enlisted. Among them, colorist Josh Burcham and artist Alex Milne. Burcham had contacts at Hasbro, and when the toy maker informed him that IDW now had the license, he contacted editor Chris Ryall. Initially refused, he later served as a replacement colourist on Infiltration after IDW hired him to make comics based on the Transformers line Beast Wars on the recommendation of artist Don Figueroa. Trying to be “as non-Dreamwave as possible”, as he put it, has led to a long association with the line which continues to this day in the mainstream. Star Trek vs. Transformers mini-series.

At Dreamwave, Burcham, Milne and others were tied to a certain house style, especially that of founder Pat Lee. But at IDW, there were no such restrictions. Milne, whose tenure as lead artist on Transformers: more than it looks was acclaimed for his highly detailed styling and expressive facial work (even on characters without mouths), described IDW as “much more permissive and open” than Dreamwave.

Likewise, Josh Perez, a colorist who, like Burcham, started working for Dreamwave and then moved on to IDW, described IDW as “extremely permissive” with art direction, noting that “[they] let me be more open. Perez and Burcham both do their own flatting (the work of preparing the ink pencils for coloring) and described IDW as comfortable with the evolutions and permutations of their style which they applied to various projects.

Burcham said he was pulling lighting cues and coloring ideas from both script and artwork, which led him to try to keep it “simple” on Milne’s More than the eye can discern works of art, so as not to obscure all these details. For the energetic style of main series artist Kei Zama on Optimus prime, he chose a more “retro” palette. Perez, who said he liked the “simplicity” of working on ROM vs. Transformers: Shining Armor (a cross between the Transformers and ROM the Space Knight) described IDW as open and accommodating, and Hasbro as very cooperative to work with.

NEXT PAGE: IDW’s Experimentation Led to the Most Controversial Transformer Arc Ever

Superman and The Flash just built the perfect Hall of Justice

White male nerd # 349860. Tom Speelman has loved comics since before he could read and loves superheroes, Disney comics, Transformers, manga, anime, and cartoons alike. In addition to contributing to sites like Comic Book Resources (a dream come true for an avid reader of the site since high school), Polygon and ComicsAlliance, Tom has also proofread, edited and adapted dozens of manga for Seven Seas Entertainment. You can find him on Twitter @tomtificate where he usually yells out how awesome Superman is.