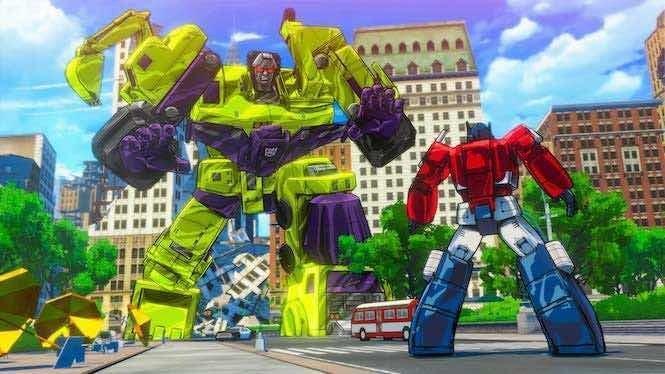 If you’re looking to get your game fix with Optimus Prime and the Transformers this holiday season, you might be out of luck.

Just a few days after the games went on sale at an incredibly low price, the Transformers games produced by Activision have started to disappear from Steam and the PlayStation Store. This includes all current company titles including Transformers: War For Cybertron, Cybertron Fall, Rise of the Dark Spark and the Platinum-product Transformers: Devastation.

This tweet from lashman confirms the removal of games from the Steam service, and upon verification on PlayStation Network, they also appear to be gone from there, with only a few title listings and no actual games on sale.

This is not an uncommon practice for Activision, as these are games removed from the service in the past, primarily due to a loss of particular franchise rights. For example, you will not find any of the Spider Man games on the digital market, you also won’t find other titles from the X Men and dead Pool lexicon.

There’s a slim chance the games will return, but, for now, it looks like they’ve all but vanished without a trace. A little strange to see this without any kind of announcement.

However, there is good news for Xbox One and Xbox 360 owners. Transformers the games on their Xbox Live service still look intact and ready to buy – and a lot of them are on sale. The following great deals have been spotted on the Xbox service for these consoles:

Chances are, Activision will do the “cleanup” by offering these games at a low price before removing them entirely from digital stores, so if you have an Xbox one console you might want to hurry, as they could. disappear at any time. .

We highly recommend the Cybertron Games; and Devastation of transformers is also a great action game, especially if you like the work of Platinum.

Side note: it looks like The legend of Korra, also from Platinum Games, has also disappeared from PSN / Steam stores. It is, however, still available on Xbox One and Xbox 360 for the low price of $ 3.74.